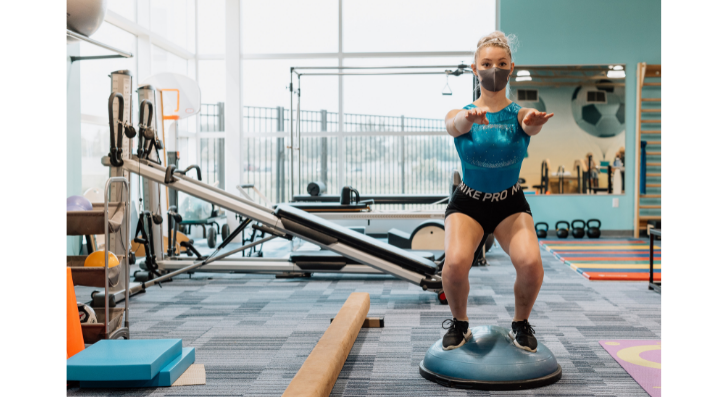 “The Center for the Female Athlete was really the one missing piece in my daughter’s care and we realized it once we got answers there." says Emma's mom

A competitive gymnast since she was 9-year-old, Emma Brun, now 17, had been silently struggling for the last few years with troubling symptoms: black spots in her vision, dizziness and sudden heart rate spikes. She was also plagued with frequent injuries. She never told her parents. Emma had been pushing through these obstacles for so long, it became just part of her routine, and it was taking a toll on her body and her spirit.

In February 2021, with the added pressures of the COVID-19 pandemic, forced isolation from friends and a loss of identity from not being able to compete or train, Emma ran out of endurance… and hope. She attempted suicide.

Emma spent 10 days in an inpatient mental health unit. The full spectrum of what she had been going through began to emerge, slowly at first, then as if a great weight was lifting from her shoulders, all the symptoms, all the struggles poured out of her.

It took months for the light of hope to begin glimmering in Emma’s eyes again as the internal struggles were addressed one by one. A psychiatrist treated the biochemical causes of her depression. Her primary care doctor diagnosed her with POTS (postural orthostatic tachycardia syndrome), a disorder where the blood vessels don’t respond to the body’s command to tighten as a person stands, which leads to not enough blood getting to the brain.*POTS breakout Emma began seeing a rheumatologist at Dayton Children’s for that who then recommended several other specialists. “At one point we were going to two or three doctor’s appointments a week,” says Sybil Brun, Emma's mom

the one missing piece

Sybil then saw a comment on Facebook about the Center for the Female Athlete. Feeling it was a perfect fit, she added an appointment with those specialists, too. “It felt like coming full circle,” says Sybil. “The Center for the Female Athlete was really the one missing piece in my daughter’s care and we realized it once we got answers there. During our intake appointment, they landed on a diagnosis that we had begun to hear a lot from other people - Ehlers-Danlos Syndrome (EDS).” EDS is a group of rare inherited conditions that affect connective tissue, primarily the skin, joints and blood vessel walls.

Emma’s next visits to the Center for the Female Athlete are customized to her unique situation, sometimes with a physical therapist and sometimes with a mental health counselor. “Previously, Emma resisted going to a counselor because she said she wouldn’t know what to talk about, but it felt different to her under this umbrella,” says Sybil. “It’s a game changer to have that built into the female athlete process.”

“The center actually specializes in getting girls back to doing what they do best, treating them both physically and emotionally,” say Sybil. “I think it can be easy to forget our physical health is so closely linked with our mental health, but it’s true.”

Emma is not alone, according to the Center for Disease Control during February 21–March 20, 2021, suspected suicide attempt ED visits were 50.6% higher among girls aged 12–17 years than during the same period in 2019.

If you or your child need immediate help due to having suicidal thoughts, call the National Suicide Prevention Lifeline at 1-800-273-TALK (8255) or text the Crisis Text Line by texting "START" to 741-741. If there is an immediate safety concern, call 911 or go the nearest emergency room.

about the center for the female athlete

The Center for the Female Athlete at Dayton Children’s Hospital exists to empower our female athletes to nurture the best version of themselves. Our goal is to treat the whole athlete, not just their injury. Learn more about this unique center and request an appointment with our team today. 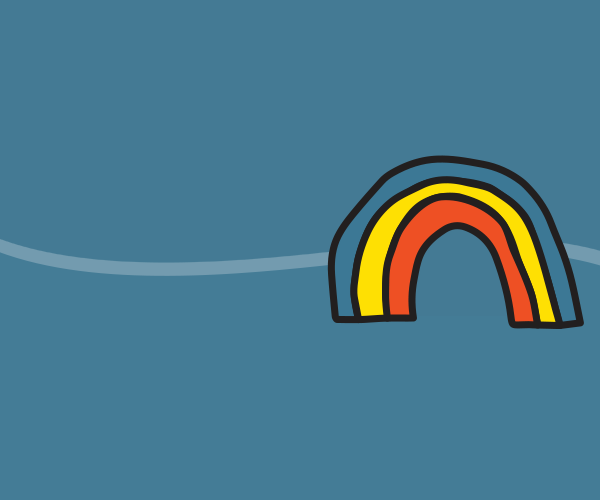 Halloween can create feelings of shyness, anxiety or even fear but you can help your child have fun despite those emotions.