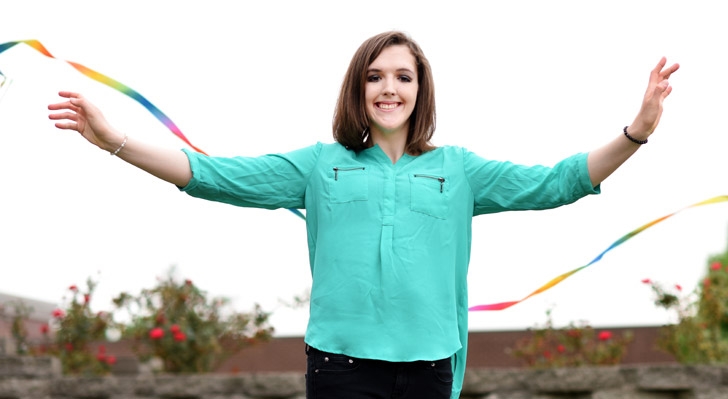 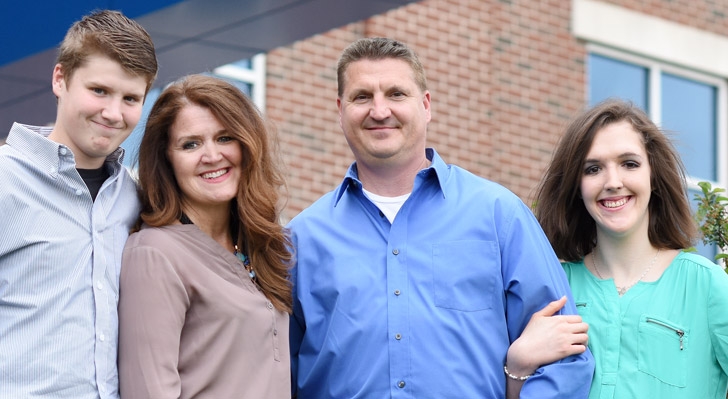 Elizabeth and her family 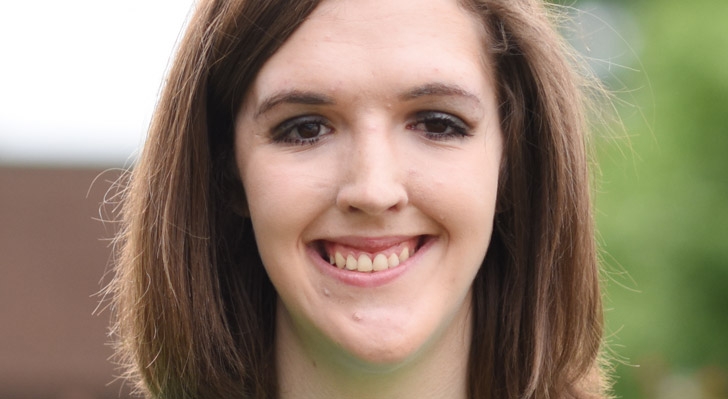 You will never see 17-year-old Elizabeth Romer without the right accessory for her outfit. Her collection of fashion boots would put a shoe store to shame. In a recent photo shoot with famed fashion photographer Rick Guidotti, Elizabeth was the picture-perfect model – long, lean frame, a smile that lights up the room and dark hair buffeted in the fan’s breeze.

As with everything in her life, Elizabeth has learned to make the most of what she has while accommodating a struggle born in her genes. “Dayton Children’s geneticist Dr. Marvin Miller diagnosed her with Sotos syndrome, after her well-checks revealed she had a very large head for her age,” explains mom, Melissa.

Sotos syndrome is a rare genetic disorder causing excessive physical growth in the first years of life. Babies are often taller, heavier and have larger heads than their peers. Despite the fast physical growth, motor skills, cognitive and social development are often delayed. Children with Soto syndrome typically have low muscle tone and speech impairments. They can also develop unusual irritability or irrational fears.

“I think we were one of the first patients in Dayton Children’s developmental pediatrics department,” says Melissa. “The first time we met with Dr. Eileen Kasten, Elizabeth was 3 years old and too frightened to even go to an exam room. So Dr. Kasten graciously met with us in the outer office while Elizabeth happily played nearby with the staff who didn’t seem medical!”

The relationship that began that day has lasted for 15 years, saw Elizabeth through a secondary diagnosis of ADHD and helped her learn to conquer many of her fears while managing others. “Elizabeth is a model patient and an example to other students,” says Eileen Kasten, MD, medical director of the developmental pediatrics department. “The transformation from an impulsive child to a young lady who works to organize herself and do her best in all situations is inspiring.”

“Dr. Kasten and Susan Meyers have been there every step of the way in Elizabeth’s care,” says Melissa. “They know her so well. I remember calling Susan when certain test results would come back, and I would just be overcome with doubt and fear about the future, and she would cry with me on the phone. That is above and beyond the doctor or nurse patient bond – that is love.”

For Melissa, her connection to Dayton Children’s spans generations. “When I was 2 years old I was diagnosed with Wilms’ tumor, a type of cancer that starts in the kidney,” says Melissa. “Things were much different then and by the time it was caught, it had spread to the lower lobe of my lungs. I had surgery to remove a kidney and my chemo and radiation here at Dayton Children’s. Watching all the advancements here over the years, I never had a moment’s hesitation walking back through the doors for Elizabeth’s care.”

“Elizabeth is a great example of how much a young person can overcome with persistence, good medical/behavioral care and encouragement from their family and community,” says Susan Meyer, MS, RN, CPNP, PMHS, nurse practitioner in developmental pediatrics. “Elizabeth has a wonderful attitude that focuses on her strengths. She is aware of her weaknesses, but knows that she has her family’s support and she does her best with each opportunity in front of her - without comparing herself to someone else.”

That is why Elizabeth wears boots – high heels don’t fit her feet. But she doesn’t give up her love of fashion, she simply channels it down an avenue that works for her. Her love of the arts extends to a passion for music and theatre. She plays piano and loves to sing. She can tell you all about the stars of Broadway musicals. In fact, her parents gave her a trip to New York for her 18th birthday. It includes a week of all her favorite musicals, including Phantom of the Opera, Les Miserables and Wicked.

While Elizabeth’s growth has slowed and she is now the same size as her peers, expressing herself and social situations can still be a struggle for her. “Loud noises and babies still make her nervous but she has learned to remove herself from those situations or do something that settles her,” says mom.

Still, her empathy for others always shines through. “I recently lost a friend and Elizabeth truly grieved for me, with tears in her eyes as she told me how sorry she was for my loss,” remembers Melissa. And her sense of humor often takes her family off guard. “Out of nowhere she will have the wittiest comment that just shocks the room into laughter.”

“I know there is so much in there that she doesn’t share,” says Melissa. “I’m just glad I found the staff at Dayton Children’s who recognize how special she is, how much she has to offer and who truly love her.”

Vanessa's motto is simple: Accept everyone because we're all different! CF is just one thing that makes her special.