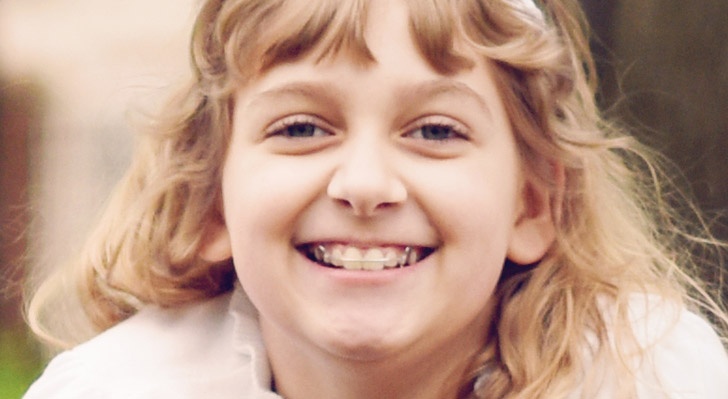 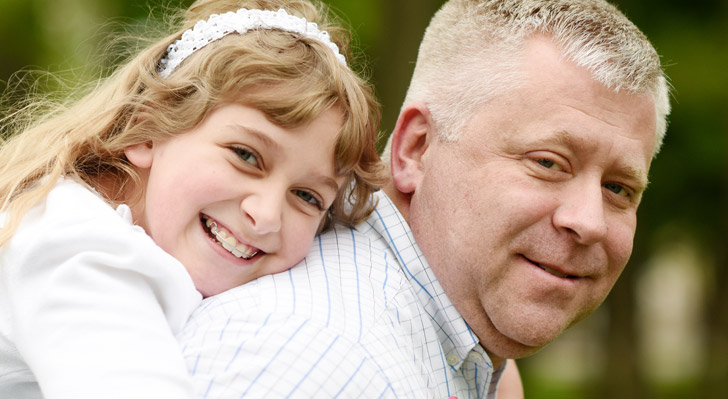 Amanda Neef and her dad 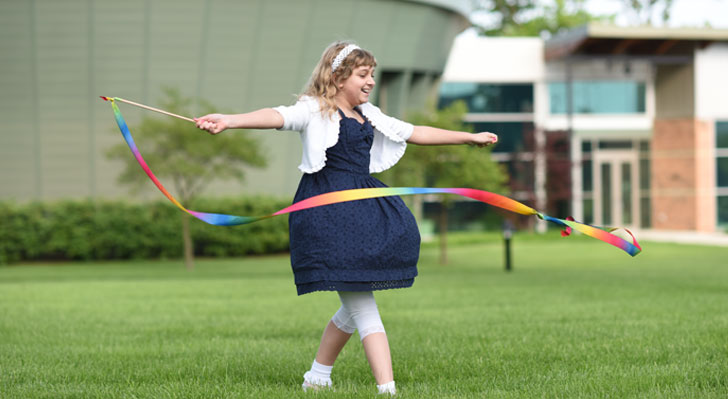 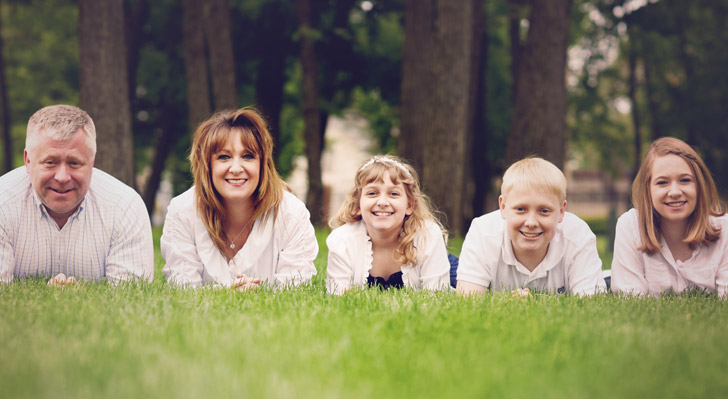 Amanda and her family 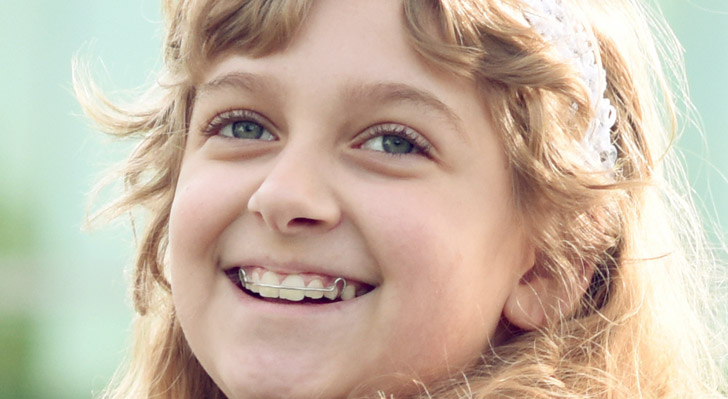 a new reason to celebrate

It was a beautiful September day for a birthday party at a park. Pizza, cake, kids running around. What could be better?

When Melissa Neef’s 9-year-old daughter, Amanda, took a break from playing with a friend and came up to her complaining of a headache, she thought certainly it just had to be from too much sugar and sun. With one tear rolling down her face, Amanda followed her mother’s advice to go sit and rest in the car while she finished helping to clean up.

“Before I knew it I looked over and my oldest daughter was struggling to get Amanda in the car because she had collapsed,” said Melissa.

Amanda had suffered from a burst arteriovenous malformation (AVM) in her brain. An AVM is a tangle of abnormal blood vessels connecting arteries and veins in the brain. Brain AVMs are very rare and affect less than one percent of the population.

“When Amanda made it to the emergency department at Dayton Children’s, she essentially looked to be a patient that was lost based upon initial tests on her brain reflexes,” said Robert Lober, MD, PhD, Amanda’s neurosurgeon. “We initially placed a tube in to drain the fluid off of her brain and three days later performed surgery to remove the blood clot.”

“That was the longest three days of our lives,” said Paul Neef, Amanda’s dad. “We just had to sit and wait to see what would happen. Dr. Lober was very clear that there was still a long way to go. Essentially, we were hoping to bring her back to life after being brain dead.”

After her surgeries Amanda stayed in the pediatric intensive care unit in the Wallace Critical Care Complex at Dayton Children’s and was placed into a coma for several days to help her body heal.

Slowly but surely Amanda began to recover. When she woke up, she recognized her family right away and would follow them around the room with her eyes and communicate by blinking. Eventually, she began to talk again and was able to begin physical therapy to work on regaining her range of motion.

“When Amanda was originally injured she had no motion on the left side of her body,” said Sarah Siegler, Amanda’s physical therapist. “She was really frustrated, but then all of a sudden she took a step in front of her mom and dad. I thought we were all going to start crying! It was then I knew that she was going to progress really fast.”

As an Englewood resident his whole life, Paul has always been familiar with Dayton Children’s. But never in a million years did he think he would be here for brain surgery for his daughter.

“I thank God every day that this hospital is here,” said Paul. “I knew I could bring my son here when he broke his arm, but I never dreamed I would be back a few months later with my daughter to have emergency brain surgery.  Even though what happened to Amanda was incredibly rare, Dr. Lober was able to look me in the eye and say ‘I have operated on thousands of children’s brains,’ and that’s when I knew Amanda was receiving world-class care.”

Just as Dr. Lober made a huge impact on the Neef family, Amanda had the same impact on Dr. Lober. For him, Amanda is a patient that has changed the way he looks at medicine.

“Today when I see a hopeless situation I think of Amanda and it gives me hope. I’m humbled to see a patient I thought was lost have a full recovery.”

Less than a year after her surgery, Amanda is back to her spunky and happy personality. She loves to draw, play with her friends and her dog, and spend time with her family.

Amanda turned 10 years old just a few months after leaving the hospital. While she celebrated the milestone of reaching double digits, the significance of this milestone birthday meant a little more to Melissa and Paul.

“We love birthday parties, but we see them a lot differently now,” said Paul. “We truly have a miracle living under our roof. It means everything to us to have our little girl.”

a new reason to celebrate

06/15/20 | blog post video visits for PT using a laundry basket Physical therapists get creative with families on how to conduct sessions at home with video visits.
10/15/20 | patient story from fear of seizures to feeling bright Emily is feeling brighter after epilepsy surgery