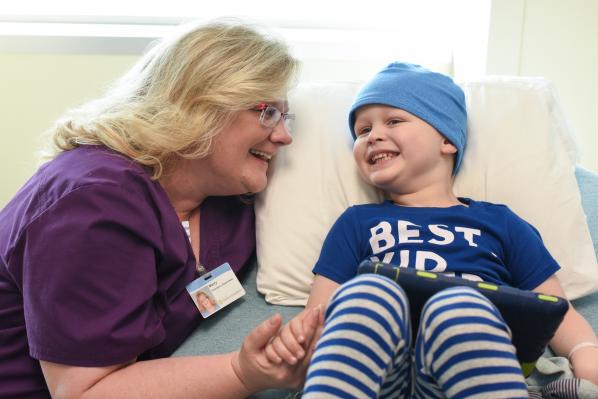 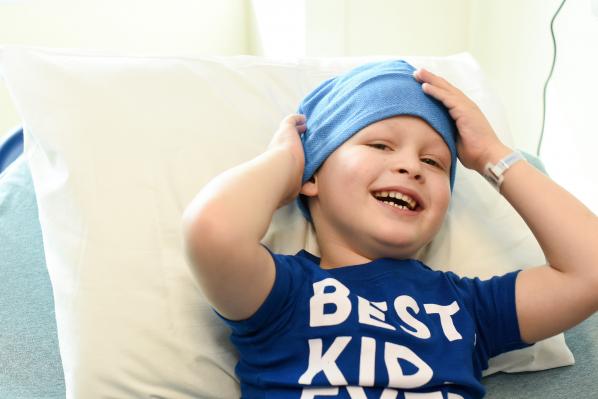 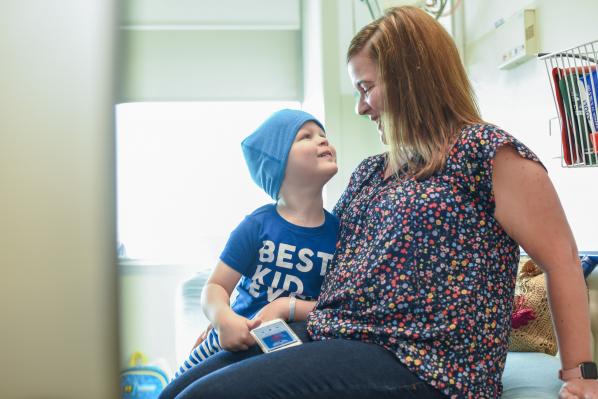 The following story is shared from two points of view. One from a mother and one from Dayton Children's staff member, Marcy Longstreath

Alex broke his arm while riding his bike way too fast. He was treated at our local hospital and had his arm placed in a splint while waiting to have it put in a cast at Dayton Children's later that week. Tuesday evening he started to run a fever. Wednesday the pain seemed to be getting worse, and the high fever returned.

I called the emergency department (ED) at Dayton Children’s.  I knew I wouldn’t be given medical advice by phone, but I was looking for reassurance.   The woman on the line told me, ‘I can’t give you medical advice over the phone. But mothers have a certain intuition; you can’t ignore what is nagging you. It’s likely nothing to be worried about, but if it is, we can help him.  And if it’s nothing, and you’ll be able to feel at ease.’

This woman backed me up on my concerns and helped my husband and I make the decision to visit the ED at Dayton Children's. We had ED visits in the past and those experiences brought us in that night. What should have been a short visit turned into a five-hour event. While there, Dr. Susan Henry noticed his pale coloring and ordered bloodwork.

Dr. Henry was so calm and reassuring; I never felt scared or overly worried. She knew just what to say. The doctor and the nurses were all so good with Alex and reassuring me that I didn’t think about what could be wrong.  In my mind, it was just a broken bone.

When Dr. Henry finally came back, she had the same woman I spoke with on the phone with her.

We think your son may have leukemia,’ Dr. Henry said. She was so calm and I even heard a little catch in her voice that showed me that this was serious and she genuinely felt for me in that moment.
The woman with her comforted me and helped me stay calm. She stayed with me the entire time.  It was the woman I had talked to on the phone – Marcy Longstreath.  She was the one who encouraged me to bring Alex in that night.  She talked me through how to call my husband, who was at home with our other two young children, and how to call my mom to ask her to go stay with our other child.

It was 2:30 in the morning, so I was going on no sleep and the shock of a leukemia diagnosis, but Marcy kept me calm.  She stayed with me until my husband got there. I was never alone and I needed that.

Alex was immediately admitted and ended up staying eight days while determining the official diagnosis and path to take to begin his journey for a cure.

Everyone that night was compassionate, understanding and went above and beyond.

I was reassured that Dr. Jordan Wright was an excellent oncologist (a totally new word to our vocabulary) and everything would all work out. The road ahead is long, but we're glad we're taking it at Dayton Children's.

"When I talked to Melissa on the phone, I immediately was worried because what she was describing on the phone to me was so similar to my niece’s situation that it was eerie,” says Marcy. “She was recently diagnosed with cancer and I couldn’t shake the same feeling.”

Marcy has worked at Dayton Children’s for 17 years – all in the ED. Her current role in the unit is unit clerk, family support. In her role, Marcy supports families through tragedy – death or diagnosis of a difficult condition. “I’ve lost three children, so I have experienced tragedy first hand – that’s what drew me to this position.”

According to Marcy, in nearly two decades at the hospital, only a few families have come back to say thank you. “This is where their child passed away or was diagnosed with a horrible illness; I completely understand why they wouldn’t return.”

However, when she heard of Melissa’s letter and request to meet her, Marcy felt drawn to meet her.

“In the ED, we don’t always get to see the outcome of kids like Alex,” Marcy shares. “Meeting Melissa and Alex again was incredibly special, I’m glad I was there for the entire family.”