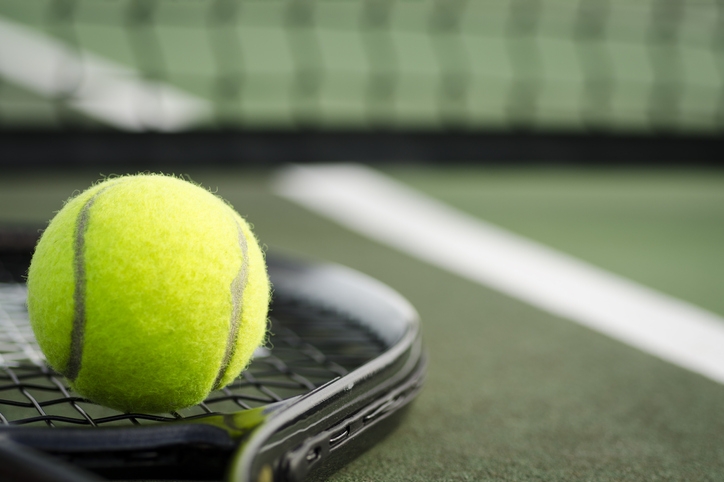 Naomi Osaka has been making headlines this summer. Not because of her unrivaled skills on the tennis court, but because of a line she drew in the sand around doing media interviews immediately following a tennis match.

In advance of the French Open, Naomi came out with a statement that said she would not be doing interviews during the tournament, citing the anxiety it often causes her. After the tournament fined her $15,000 for refusing to participate in interviews, Naomi withdrew from the French Open, making her one of the first professional athletes to take such a stance in order to protect her mental health.

According to Linh-Han Ikehara, LISW, LPCC, behavioral health therapist at Dayton Children’s, only recently has the general population, much less the sports community, been more open to talking about mental health. The COVID-19 pandemic has magnified how the average person struggles to cope with daily stressors ranging from relationships, health, finance, academics and cultural expectations. While some of these stressors can culminate into depression and/or anxiety, it does not mean they are suicidal or self-harming which has been misconception that adds to the stigma around mental health.

“Athletes face even higher stakes to appear fierce and tough on and off the court. It’s incredible that Naomi Osaka vocalized the importance of prioritizing her self-care, so she can continue to invest in her long-term goals as a person and athlete,” said Ikehara. “Athletes are also human and require maintenance to keep going and sometimes that means making adjustments based on what their body and mind needs. This is what resilience looks like.”

Athletes are known for consistently pushing themselves beyond their own limits increasing their risk of injury and mental health concerns. To respond to the unique needs of the female athlete, Dayton Children’s recently launched the Center for the Female Athlete. The center is comprised of a team of sports medicine physicians, behavioral health therapists, dieticians and athletic trainers that work together to support the athletes’ journey to developing physical and emotional healing and resilience.

“Our teen athletes share that they feel stressed and are pushing themselves to academically and athletically excel, while maintaining a social life. Our teens are still developing their self-identity and it's easy to over identify with their sports and over-emphasize their performance,” said Ikehara. “It is important to cultivate intrinsic motivation in our athletes to ‘work hard and work effectively,’ so their sense of who they are as people (i.e. their self‐worth) is less tied to their sport performance.”

Naomi’s voice as a high-profile athlete will help other athletes know they are not alone as they experience anxiety and/or depression. And, to recognize what your body and mind needs, even if it is unpopular.

about the center for the female athlete at Dayton Children's

The Center for the Female Athlete at Dayton Children’s helps to address the individual physical, emotional and nutritional needs of the female athlete. Serving the whole athlete, the center aims to give them the skills that will serve on the court, field, dance studio and beyond.

To request an appointment with the center for the female athlete at Dayton Children’s, visit https://www.childrensdayton.org/centerforthefemaleathlete

10/10/22 | patient story Olivia Must the journey to finding mental health services
08/15/22 | blog post 5 tips for dropping your child off at day care Day care drop off can cause extreme feelings. Our expert is here to help smooth out the drop-off process for you and your child.

Learn the benefits, building blocks, and what parents can do to encourage resiliency.