the plight of the invisible sibling

After a rather difficult therapy session, I accompanied the mom and her eight-year-old autistic daughter to the waiting room. I introduced myself to the older sibling, and thanked her for waiting so patiently. 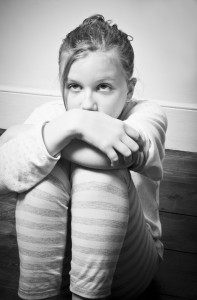 When I asked her name, she simply replied that “I’m the invisible one.” Mom was clearly uncomfortable, and left immediately with her two children.

I asked mom about the incident at our next session. She described her oldest as a typical preteen who was forced by circumstances to take on a great deal of responsibility. It was tough raising children as a single mom, particularly when one child had serious developmental and behavioral problems.

Mom was cautious when asked if I could meet with the older sibling to better understand the family dynamics. Mom said that she was already overwhelmed raising her child with autism and wanted to “leave well-enough alone” with her oldest daughter.

When I finally met with the invisible child (Becky), she was remarkably mature and articulate. She described in painful detail the difficulties of being a sibling in a family with a child with severe disabilities.

Becky was often ashamed of her sister’s behavior. The younger sibling would sometimes make strange sounds or move her hands in an odd manner. When in public, Becky would try to separate herself from her mom and sister so that she wouldn’t be associated with them.

Becky also had strong feelings of resentment and guilt. Her younger sister was ruining the family, making it impossible for Becky to have any type of normal childhood. Becky had a tremendous sense of guilt about those feelings, as she knew that her sister wasn’t responsible for her disability.

When parents have a children with serious behavioral and developmental problems, the siblings of that child often become the forgotten kids. There's no simple solution.

Encourage your other children to talk about what they are really feeling. It’s fine to require more of these siblings, but be cautious in those expectations. Sometimes just acknowledging the legitimacy of their tumultuous feelings is the best way to stay connected and avoid siblings from feeling invisible.