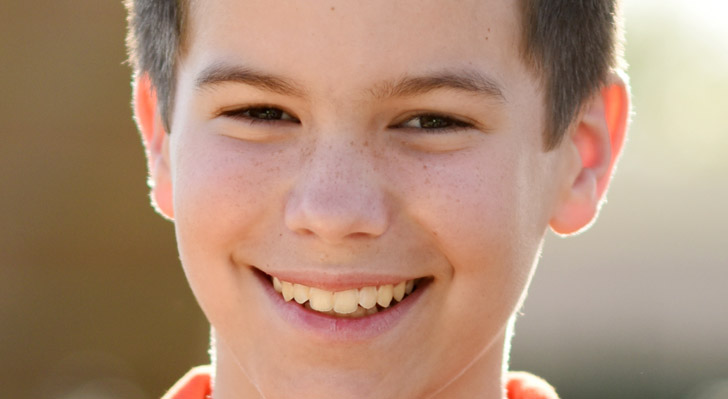 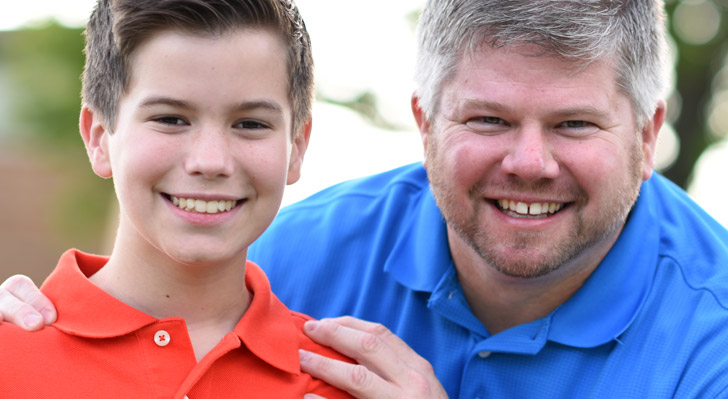 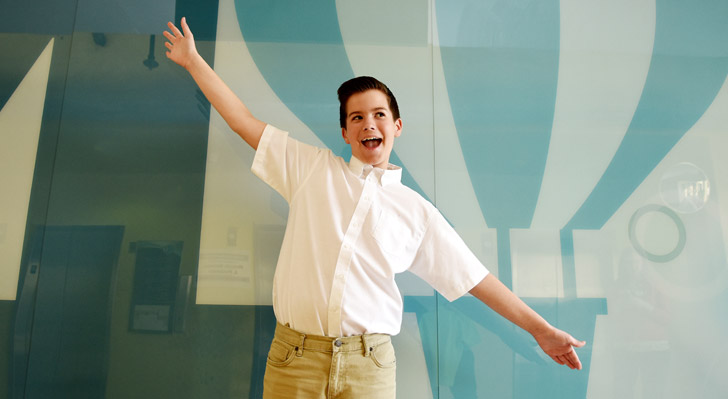 Zach Meredith should have been enjoying the first, lazy days of summer vacation in June 2011. Instead, he was exhausted and battling a cough that he just couldn’t shake. His mom, Tricia, took him to his pediatrician, who treated him for an asthma flare up. But that night, Zach coughed almost non-stop, and could not catch his breath. “Bill and I took him to the Dayton Children’s urgent care center in Springboro the next morning, and they did a chest X-ray and some other tests,” she said. “The doctor was concerned about something he saw on the X-ray, and sent us to the Dayton Children’s emergency department.”

The emergency department nurses settled Zach in and led Bill and Tricia to an adjoining room. There, a caring physician broke the news that their son had a mass on his chest looked like it could be cancer. Zach was admitted to the hospital immediately

a long course of treatment

Additional tests in the coming days confirmed a diagnosis of acute lymphoblastic leukemia (ALL), the most common form of childhood cancer. ALL occurs when the bone marrow makes too many immature lymphocytes. These malignant white cells multiply continuously, crowd out normal cells in the bone marrow, and can spread to other organs. Treatment includes chemotherapy, steroid injections, and sometimes radiation therapy, and can last more than three years.

At first, Zach’s prognosis was not very good, and the Merediths were reeling. “Zach was hospitalized for the seven days, and he had all these hard-core steroids, which made his face puff up until it was almost unrecognizable,” she says. “He developed blood clots and other scary problems, and Bill and I were in a tailspin. We were clueless about ALL, and we wanted to be with Zach day and night. But at the same time, we had two other kids at home, and they needed us too.”

a feeling of home

Faith in God and the support of family, friends and neighbors helped the Merediths tremendously—and in the midst of every heart-wrenching, difficult day was the staff at Dayton Children’s. “We could have taken Zach to Cincinnati or even St. Jude’s, but we never regretted our decision to stay at Dayton Children’s,” Bill says. “The doctors and nurses just had a bond with Zach, and they kept our spirits up, too. It sounds crazy, but we really felt like we were home when we were there.”

The first six months were the most difficult. As Tricia and Bill worried about Zach’s very survival, they also got a crash course in how to care for his medical needs at home. This meant learning how to administer chemotherapy through an intravenous line, give twice-daily shots in his leg, and recognize when worrisome symptoms required medical care. “Dayton Children’s was the one place we felt safe,” Tricia says. “The whole emergency department staff knew us—we were never just a number. The nurses became our friends, and we could call Zach’s cancer doctor on his cell phone any time. So much of cancer treatment is who takes care of you. And the whole Dayton Children’s team was like family to us.”

Somehow, through it all, Zach felt safe too. “I felt tired and sick a lot when I had cancer, but besides having to get all those shots, I don’t really remember being scared very often,” says Zach, who is now 12. “My doctor was so nice, and he always explained what he was going to do before he did it. My nurses played with me and we did crafts together. Erica was my favorite—she would let me sit at the nurse’s station with her. I actually liked being at the hospital. It was a helpful place, and I knew everybody was working to help me get better.”

Over time, Zach’s visits to the hospital became less frequent, and his strength returned. His illness kept him home for second grade, but was able to return to school for third. On weekends, when he felt up to it, Zach would set up a lemonade stand outside his house to raise money for Dayton Children’s. Customers were very generous—Zach recalls one who gave him a $50 tip for the cause.

This fall, Zach will celebrate two years of being cancer free, and is excited to be a patient ambassador for Dayton Children’s. “I want to raise awareness about this disease and Dayton Children’s,” he says. “I’m already thinking about becoming a cancer specialist some day to help patients like me.” 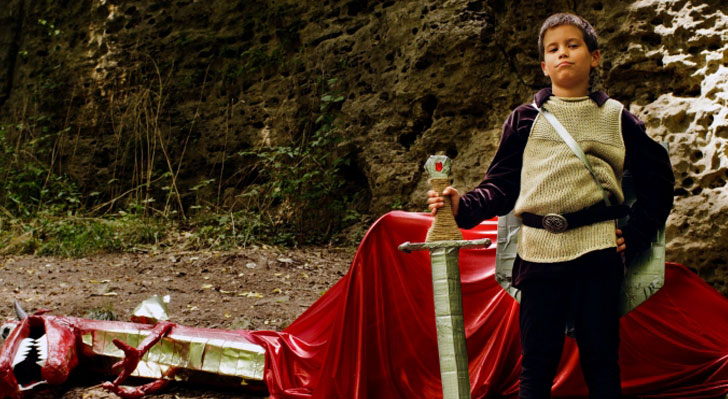 kids with cancer in "The World of Hope"