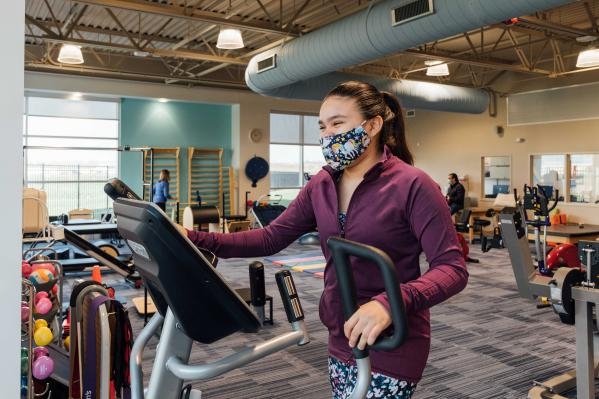 from the windy city to the gem city for spine surgery

At the end of September 2020, Victoria Hernandez’s parents, José and Lidia, noticed that one of the 12-year-old’s shoulders was higher than the other. When they asked her about it, she mentioned that she had been experiencing some pressure in her back, but she thought it was normal. 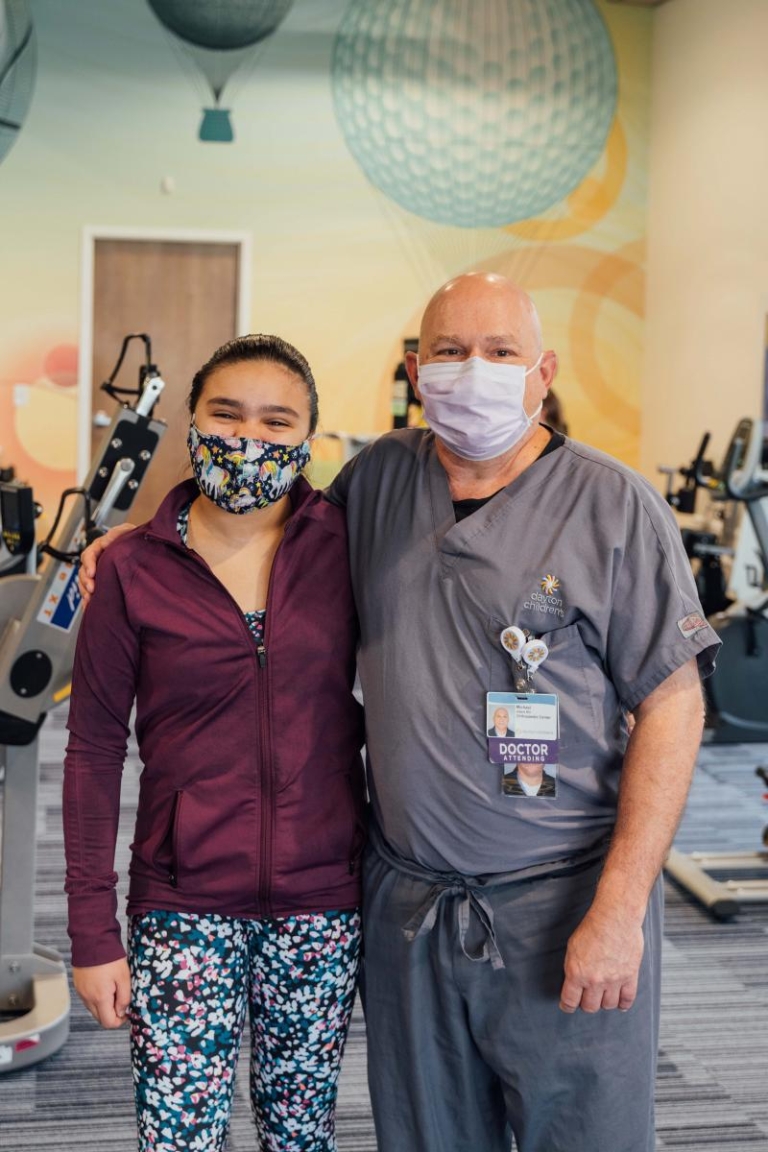 They consulted with a pediatric orthopedist in their hometown of Chicago. The physician took an X-ray of Victoria’s back and determined she had scoliosis. During their appointment he gave them a few options for next steps which included the use of a brace, spinal fusion surgery or a new spinal procedure called ApiFix, a minimally invasive procedure that was recently approved by the Food and Drug Administration.

ApiFix offers substantial benefits over a traditional fusion surgery to straighten a curved spine, including a smaller incision, faster operation and shorter hospital stay. It acts as an internal brace and naturally expands as the child grows or exercises.

Victoria and her parents knew right away that they did not want to pursue the spinal fusion surgery. One of Victoria’s cousins had recently had the surgery and his recovery had been long and difficult. Instead, they started scouring the internet looking for hospitals that performed the ApiFix procedure. During their search they found Dayton Children’s Hospital. And, after reading through the website and doing additional research, they made an appointment with Michael Albert, MD, chief, division of pediatric orthopedics.

The Chicago-based family traveled to Dayton in December to determine if Victoria would be a candidate for ApiFix. At the appointment, Dr. Albert took another set of X-rays of Victoria’s back and found that the curve of her spine was at 51 degrees, which confirmed that she had severe scoliosis and would be eligible for ApiFix. Her surgery was scheduled for a month later.

“When we met with Dr. Albert, he gave us a lot of time and answered all of our questions,” said José. “We never felt rushed. We had confidence in him based on our appointment and what he had done for other kids, like Victoria.”

The Hernandez family returned to Dayton for Victoria’s surgery on January 28. The surgery itself took just over one hour and required only three anchor points or screws. Once in her hospital room, Victoria was up and walking, with the assistance of a nurse, in under an hour. She stayed just one night in the hospital and only needed Tylenol or Advil to manage any pain she was experiencing after being discharged.

Her parents say that Victoria was singing and dancing while watching the Super Bowl just 10 days after surgery. And, she was ready to return to school within two weeks. She continues to do exercises at home and will start rehab in a few weeks, but her dad says, “you would never know she has scoliosis.”

For patients and families considering ApiFix, he says, “Do it. The surgery was like magic. It’s a much less complicated surgery than a spinal fusion, more effective than a brace, and you can see the correction right away. With ApiFix, you leave your child with the surgeon for a few hours, and they return with a new back.”

make an appointment with our spinal and scoliosis program

Few pediatric hospitals see as many pediatric patients with scoliosis and other spinal conditions as the orthopedic center at Dayton Children’s. We specialize in all types of treatment for scoliosis and other spinal problems, including non-surgical and minimally invasive. Our doctors are at the forefront of cutting-edge research and innovation, including being involved in the early development of ApiFix and BandLoc spinal surgery. Continue reading for more information about our spinal and scoliosis program.

Learn more about the program or make an appointment to see one of our orthopedic surgeons (no referral necessary).

06/02/21 | blog post how Scolio-Pilates® is changing the game for spine patients Affecting more than 100,000 children in the United States each year, scoliosis, or the abnormal curvature of the spine, is just one condition that Dayton Children’s is attempting to prevent in young children.
12/14/20 | news article Dayton Children’s first in Ohio to offer new minimally-invasive approach to spine surgery with ApiFix the hospital is one of the first 20 sites selected for the procedure in the country 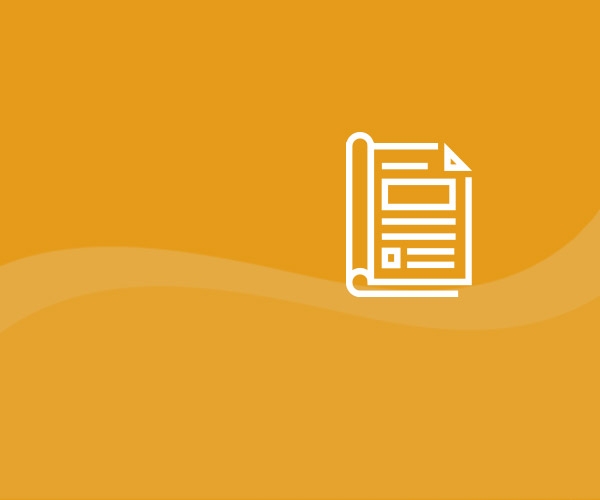 U.S. News & World Report name orthopedics and pulmonology programs among the top in the country.