solving digestive difficulties with skill and a sense of humor

Poop is funny. Just ask any ten-year-old boy. He will have a dozen poop jokes he can share. Even the word alone is enough to make a toddler giggle. Poop is funny to kids – except when they suddenly have a problem with it.

That’s where Michael Bates, MD, PhD, comes in. He keeps his sense of humor to help kids through the most trying struggles with their bowels, as well as every part of the body that helped get the food there. With a witty take, such as referring to constipation as “code brown,” he helps kids handle their digestive difficulties with a smile instead of a frown.

Dr. Bates just became the medical director of the gastroenterology division at Dayton Children’s. He now leads a team of six pediatric gastroenterologists who focus specifically on the tummy troubles of growing bodies. GI is one of Dayton Children’s highest volume specialties, seeing more than 9,000 patients a year in clinics at the hospital’s main campus as well as in Middletown, Lima and Springfield.

Not only do the gastroenterologists at Dayton Children’s provide evaluation and diagnosis for children with diseases involving the esophagus, stomach, intestines, pancreas and liver, they also conduct research and educate the next generation of pediatricians and other physicians.

Dr. Bates comes to Dayton from Mission Health System in Asheville, North Carolina. While there he was named one of the Best Doctors in America – a doctor that other doctors trust the most. But he’s no stranger to the Buckeye state. He worked in Cincinnati for years, as an assistant professor of pediatrics at Cincinnati Children’s Hospital Medical Center. He also served his residency and was a William Cooper Procter Pediatric Research Scholar and a fellow in Pediatric Gastroenterology and Nutrition there. Dr. Bates earned his Bachelor of Science, medical degree and PhD at Duke University. He has special interests in treating congenital and genetic disorders of the digestive system and celiac disease.

Dr. Bates has 40 published papers in peer reviewed journals and has had research funded by the National Institute of Health. He has special interests in congenital disorders of the digestive system, genetic disorders and celiac disease. 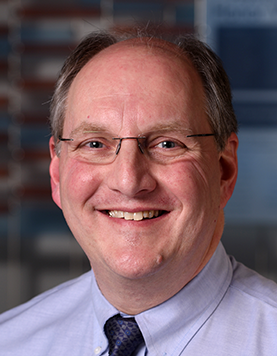 schedule appointment
view full bio
09/20/21 | patient story finding the right place for the right care On a Sunday morning in September, when hospitals were busting at the seams with patients, the one thing Danielle feared most during the pandemic happened, Logan got sick.
11/17/21 | blog post why does my baby spit up so much? What is normal for a baby with reflux and when should you be concerned?