A team of researchers from the Wright State University Boonshoft School of Medicine received an award of $48,500 from the Mayfield Education & Research Foundation of Cincinnati to study the role of genes in new treatments for a deadly pediatric brain tumor.

Led by Robert Lober, MD, PhD, Dayton Children’s neurosurgeon, physician scientist and assistant professor of pediatrics at the Boonshoft School of Medicine, the researchers are studying diffuse intrinsic pontine glioma (DIPG). DIPG is a highly aggressive brain tumor found at the base of the brain. Difficult to treat, it is a deadly form of childhood cancer. Surgery does not work and clinical trials have been unsuccessful, so far.

“I treat children with brain tumors,” says Dr. Lober. “This research directly addresses a particular incurable brain cancer in children. We are trying to understand how these tumors resist all current treatments through changes in gene expression.”

“We are seeking to gain a new understanding of preferential gene repression at critical loci as the foundation for studying ways in which treatment is resisted,” Lober said. “We want to bring about a new paradigm of therapies based on tumor gene expression patterns.”

The Mayfield Education & Research Foundation exists to advance the care of patients with brain and spine disorders through education and research.

The Wright State University Boonshoft School of Medicine is a community-based medical school affiliated with seven major teaching hospitals in the Dayton area. The medical school educates the next generation of physicians by providing medical education for more than 459 medical students and 458 residents and fellows in 13 specialty areas and 10 subspecialties. Its research enterprise encompasses centers in the basic sciences, epidemiology, public health and community outreach programs. More than 1,500 of the medical school’s 3,328 alumni remain in medical practice in Ohio. 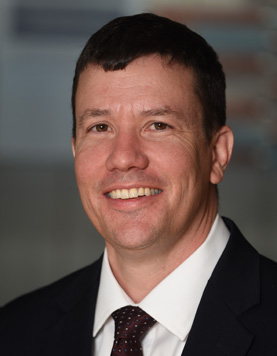 email
media guidelinesfind an expert
02/03/22 | patient story honoring the legacy of a "one-of-a-kind" physician After her son was cared for by the late Dr. El-Sheikh, Kayela found a way to honor his legacy.
03/10/22 | patient story specialized care for premature twins An early arrival resulted in complications for both Tobias and Thea, but the exceptional care provided by specialists at Dayton Children's the Voss family is forever grateful.