What Is Patent Ductus Arteriosus?

Patent ductus arteriosus (PDA) is an extra blood vessel found in babies before birth and just after birth.

In most babies who have an otherwise normal heart, the PDA will shrink and close on its own in the first few days of life. If it stays open longer, it may cause extra blood to flow to the lungs. Problems are most likely if the PDA is large. Some smaller PDAs that don't close early will seal up on their own by the time the child is a year old. A patent ductus arteriosus (PAY-tent DUK-tus are-teer-ee-OH-sus) is more likely to stay open in a premature infant, particularly if the baby has lung disease. When this happens, doctors might need to close the PDA.

What Happens in Patent Ductus Arteriosus?

The ductus arteriosus is a normal blood vessel that connects two major arteries â€” the aorta and the pulmonary artery â€” that carry blood away from the heart. The lungs are not used while a fetus is in the womb because the baby gets oxygen directly from the mother's placenta. The ductus arteriosus carries blood away from the lungs and sends it directly to the body. When a newborn breathes and begins to use the lungs, the ductus is no longer needed and usually closes by itself during the first 2 days after birth.

If the ductus doesn't close, the result is a patent (meaning "open") ductus arteriosus. The PDA lets oxygen-rich blood (blood high in oxygen) from the aorta mix with oxygen-poor blood (blood low in oxygen) in the pulmonary artery. As a result, too much blood flows into the lungs, which puts a strain on the heart and increases blood pressure in the pulmonary arteries.

In infants born with other heart problems that decrease blood flow from the heart to the lungs or decrease the flow of oxygen-rich blood to the body, the PDA may actually help, and the doctor might prescribe medicine to keep the ductus arteriosus open.

The cause of PDA is not known, but genetics might play a role. PDA is more common in premature babies and affects twice as many girls as boys. It's also common among babies with neonatal respiratory distress syndrome, babies with genetic disorders (such as Down syndrome), and babies whose mothers had rubella (also called German measles) during pregnancy.

What Are the Signs & Symptoms of Patent Ductus Arteriosus?

Babies with a large PDA might have symptoms such as:

How Is Patent Ductus Arteriosus Diagnosed?

If a PDA is suspected, the doctor will use a stethoscope to listen for a heart murmur, which is often heard in babies with PDAs. Follow-up tests might include:

How Is Patent Ductus Arteriosus Treated?

The three treatment options for PDA are medicine, catheter-based procedures, and surgery. A doctor will close a PDA if the size of the opening is big enough that the lungs could become overloaded with blood, a condition that can lead to an enlarged heart.

A doctor also might close a PDA to reduce the risk of developing a heart infection known as endocarditis, which affects the tissue lining the heart and blood vessels. Endocarditis is serious and requires treatment with intravenous (IV) antibiotics. 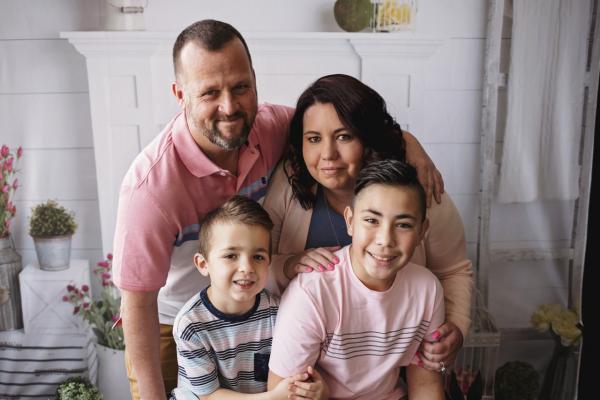