is your preschooler normal?

All preschoolers exhibit some behavior problems. For most children, age brings maturity and a decrease in their difficulties. For other kids, early problems are predictors of future troubles. How can you tell the difference? 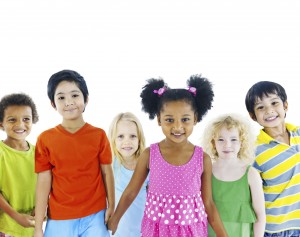 That simple question is difficult to answer. It’s challenging to evaluate a young child and monitor that youngster for the next 10 to 20 years. A study published in the 2007 Journal of Abnormal Psychology evaluated three-year-olds from the tiny country of Mauritius, and then retested these kids 25 years later. However, only 335 adults of the original 1,795 children were assessed.

Researchers in that study identified three traits in preschoolers that seemed to predict which kids would become psychopathic adults. Preschoolers who demonstrated a low level of fearfulness, higher levels of sociability and a lower response to negative stimuli were more likely to develop into adult psychopaths.

Here’s the problem. Are the 335 adults who completed this study a representative sample of the almost 2,000 children who were initially tested? Probably not.

Research published last summer by Rebecca Waller and others in the Journal of Abnormal Psychology took a more modest approach, testing 240 children at age three, and then again at age 10. They evaluated preschoolers “callous unemotional” behavior, involving such traits as empathy, guilt, and interpersonal sensitivity. Kids with significant problems at age three were more likely to exhibit serious problems at age ten.

These researchers were able to identify “risk markers” that seemed to predict problems in later childhood. The intent was to develop intervention programs for preschoolers that would help them in peer relations, understanding the feelings of others, and managing interpersonal difficulties.

However, since the children tested in this study were “high risk” kids, it’s hard to know if these findings apply to more typical preschoolers.

Should you seek professional help for your preschoolers’ misbehaviors? Answer these three questions.

Your answers to those three questions will help distinguish between normal behavior and issues needing professional help.