why preparing kids for failure is so important 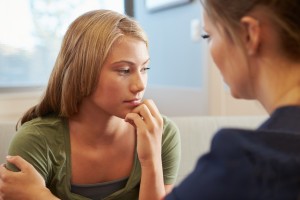 A middle school student is more likely to die from suicide than from a motor vehicle accident, according to data just released from the Centers of Disease Control. The prevalence rate of suicide among kids 10 to 14 years of age has more than doubled over the past seven years.

The same trends are not evident among high school kids. Since 1991, the rate of high school kids who have attempted suicide has remained disturbingly stable. 7 to 8 percent of our high school students attempt to end their lives every year.

Since this report was released a few weeks ago, I’ve read everything I can from experts who are trying to make some sense of this alarming trend. There is the predictable blaming of parents, media, technology, peer pressure, bullying, etc. for what kids are doing to themselves. The uneasy truth is that we don’t really know why this is occurring.

It’s tough for kids to make sense of stuff that happens in middle school. A youngster discussed with me in painful detail her life in the eighth grade, an atmosphere she described as one of “lots of drama.” “Everything just seems so complicated,” she remarked as she looked forward to getting out of school never having to deal again with such stuff.

She was too vulnerable for me to tell her what we all know. Complexity and drama don’t end in junior high. They remain a constant part of our lives, but just play out in different ways.

I’ve spent lots of time talking with kids who have tried to end their lives by suicide. One consistent theme appears to be their feelings of failure in dealing with relationships. They get overwhelmed by the complexity of relationships, ultimately concluding that the pain that people cause us is not worth the benefits.

Adults deal with those issues every day. Life’s meaning comes from our interactions with friends and family. However, such relationships require us to be genuine, which makes us vulnerable to hurt and rejection, which I think is a major factor in why 40,000 Americans die by suicide every year.

I don’t have an easy answer, but I suspect we just need to work harder in helping kids deal with the difficulties of relationships. We need to help them understand, control, and figure out how to appropriately express their own feelings, and respond to the feelings and behaviors of others.

This means preparing rather that protecting kids from experiencing failure and disappointment, particularly in their relationships. Let’s guide kids in developing the resiliency skills to deal with people’s drama and complexity.

Pain from relationships is inevitable. Suicide is not.