what you can do about depression

Depression has increased from 8.7 percent to 11.3 percent among youth 12 to 20 years of age in the past 10 years according to research published in the November Journal of Pediatrics. Based on the self-report of over 175,000 adolescents, more young people are experiencing symptoms reflective of a major depressive episode. This increase was more notable among girls than boys, and more so with non-Latino whites. 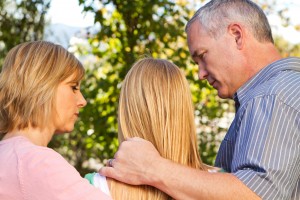 Depression is not just feeling sad. This mental disorder is characterized by a loss of interest or pleasure in daily activities, feelings of sadness or irritability, significant weight loss, insomnia, loss of energy, feelings of worthlessness or excessive or inappropriate guilt, diminished ability to concentrate, and recurring thoughts of death.

Parents and professionals are grappling with two key questions---why this increase in depression and what can we do about it.

There is no answer to the first question. The experts in the Pediatrics article concluded that “The causes of the observed trends remain elusive.” There is speculation that the increase in cyber bullying may be related to depression, but there is insufficient evidence to make a causal connection.

While we await future research, here is what you can do today.

1. If in doubt, seek help. The symptoms that I listed earlier could describe the typical behavior of most teens. Don’t overreact to normal variations in behavior, but take action if problematic behaviors persist over several weeks.

2. Don’t be afraid to ask about suicide. In 2015, 18 percent of high school teens reported that they seriously thought about killing themselves in the previous year. Parents and others who interact with teens are apprehensive to ask kids about these feelings. They are concerned that they may inadvertently “put thoughts in their heads” or are afraid of what to say or do if teens voice feelings about self-harm.

Your teen may misinterpret your silence as a lack of concern. If your teen admits to such feelings, communicate caring and support and connect with a mental health professional.

3. Promote resiliency. We need to work harder in preparing our kids for life. At an early age, allow children to fail, solve their own problems, and learn how to deal with anger and frustration. Foster a sense of gratitude and appreciation for what kids have, rather lamenting what they don’t. Work hard at promoting your teen’s independence and problem-solving skills.