Adolescence can be difficult, but extraordinarily more so for our gay, lesbian, and bisexual teens, according to a study just released by the Centers for Disease Control and Prevention. 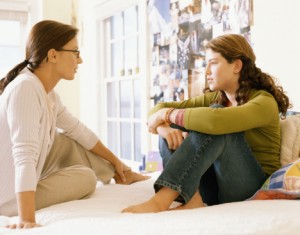 Sexually minority kids are five times more likely than other students to use illegal drugs, and 10 percent missed school in the past month due to safety concerns. More than 40 percent of these teens seriously considered suicide, and 29 percent tried to kill themselves in the past month. On almost all of the 118 health indicators in this study, our gay, lesbian and bisexual children are telling us that they are hurting to the point where almost a third of them tried to end their lives.

It’s easy enough to advocate for more mental health services for these kids. However, the obvious question is why do sexually minority youth experience such an incredibly difficult time transitioning from childhood to adulthood?

You know the answer. We have collectively created an environment that has made it acceptable to humiliate and demonize a group of kids who happen to be emotionally or sexually attracted to someone of their own gender. I get so weary of people telling me about their Biblical opposition to homosexuality or their uneasiness with discussing these issues with their kids.

Your personal views regarding homosexuality are not justification for creating a culture that is so hostile and dangerous for our sexually minority youth.

Here’s what you can do.

1. Talk with your kids. Many teens have confusing sexual feelings. They may feel an attraction towards someone of their same gender that is temporary, or it may continue into adulthood. Your frank discussion with your teens will not cause them to be gay or heterosexual. It will relieve them of a tremendous amount of anxiety, and bring you closer to them.
2. Don’t tolerate intolerance. For years, many of us have been reluctant to speak up on behalf of sexual minorities for fear that others may view us as “one of them.” Send a clear message to your kids that ridiculing others based upon their sexual preference is not allowed.
3. Adults in authority. Teachers, coaches, and youth workers have a special responsibility to keep our sexual minority kids physically and emotionally safe. Let’s offer these kids our guidance and acceptance. Our caring presence is critical in helping them deal with what is still a hostile world.