Springboro runner training to go for the gold

Rory Rodriguez using Sportsmetrics to up his game

As Olympians go for the gold in PyeongChang, a Springboro runner watches closely, knowing what it takes to train for the ultimate sporting prize.  Fourteen-year-old Rory Rodriguez competed in the USA Track and Field Junior Olympic Championships in 2016.  In Westerville, Ohio, he came in tenth in the 4K, qualifying to compete at the national championships in Hoover, Alabama.  He was able to cut his time by 26 seconds in less than a month between the races, competing strongly against the best of the best.

To do that, Rory teamed up with Dayton Children’s Sportsmetrics™ program.  Sportsmetrics™ is a scientifically proven, six-week jump training program for athletes ages 10 to 21.  It incorporates proper stretching, special plyometric exercises and weight training, focusing on developing strength and also improving balance in strength from the front to the back of the thigh.  Training also includes technique development and performance enhancement with each session building on the previous training.

Rory learned the importance of this type of neuromuscular training early on when, after a year of running 5Ks, his body sent him to Dayton Children’s Hospital with a stress fracture instead of to the finish line.  When his seventh grade fall cross country season ended in more injuries, Rory teamed up with Dayton Children’s sports medicine department and signed on for a round of Sportsmetrics™. 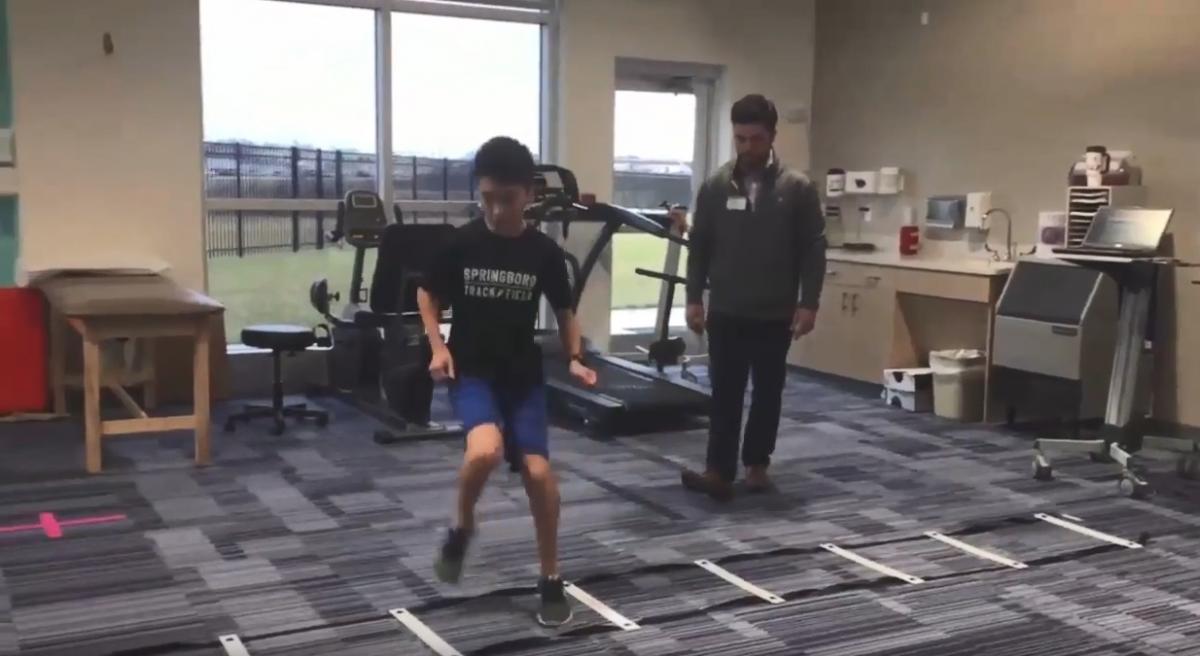 Hear what Rory thinks of Sportsmetrics.

“Athletes are all about pushing themselves to the next level,” says Nathan McFadden, AT, CSMS, athletic trainer.  “But you have to listen to your body and you have to do things differently to see different results.  That’s what we worked on with Rory.”

“As Rory started running events in the 800 and 1600 meter in track in the spring of eighth grade, he came on really strong,” remembers Jose, Rory’s dad.  “I could tell the Sportsmetrics™ training really worked.  He could jump higher, he was more flexible and his alignment seemed really good.  He ended up having a great season. He started with a 5:27 mile and within a few weeks broke five minutes, which is a huge accomplishment.”

Rory’s spirit, though, once again proved to be too big for his body.  “Rory is small for his age and I feel like his bone growth is a couple years behind his actual age,” says Jose. “But he is the type of kid that is going to do whatever he can for his coaches and for his time, so unfortunately nagging injuries in his knees and lower legs returned and he couldn’t finish the season.”

Rory returned to working with physical therapists and the Sportsmetrics™ program in Summer 2017, before his freshman year.  “He came in stronger than ever and made the varsity team, which made him so proud,” says Jose.  “He was also named Freshman of the Year for the cross country team.  A lot of that I attribute to Nathan’s training with Sportsmetrics™.”

Small but mighty, Rory plans to return to Sportsmetrics™  to reach his high school goals which include staying injury free, breaking 16:30 in the 5K by the end of his sophomore cross country season and ultimately earning a spot among the top five runners in the Greater Western Ohio Conference in his senior year.

“Staying injury free for Rory is going to be key to achieving his goals,” says Nathan.  “So we are going to work on stretching more and also resting more and doing fewer miles.  His bones need time to rebuild their strength, so we will help coach him through that.”

Rory also hopes to return to this year’s Junior Olympic Trials to test his skills against the best of the best.  “We know that the Olympics is the ultimate prize so we don’t put the emphasis on making it there.  It’s more about the experience than anything else.  He competed against the best kids of his age and he held his own.  We’re very proud of Rory.”

stay in the game with Sportsmetrics™

Sportsmetrics™ is a scientifically proven, six-week jump training program that incorporates proper stretching, special plyometric exercises and weight training. Learn more about  how to get involved in this program. 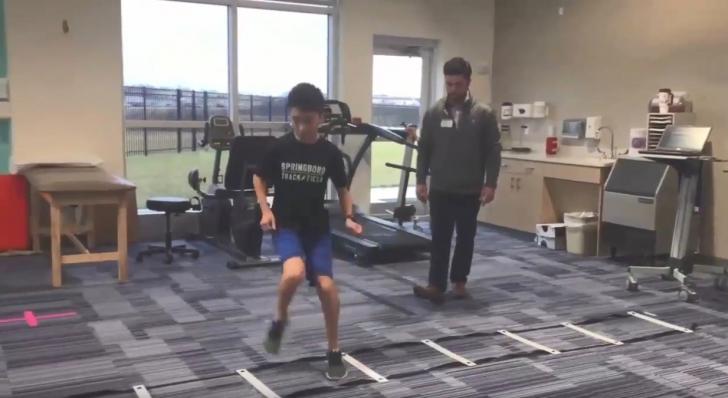 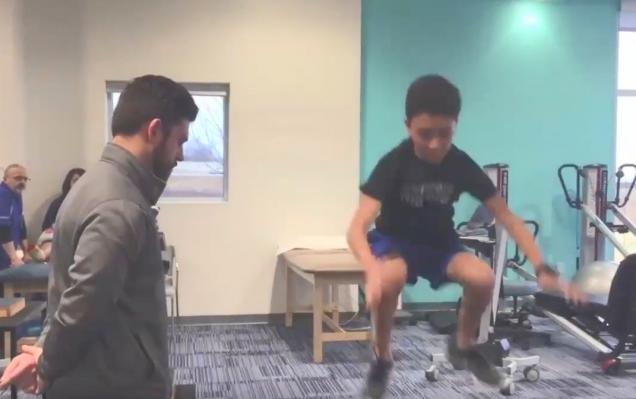 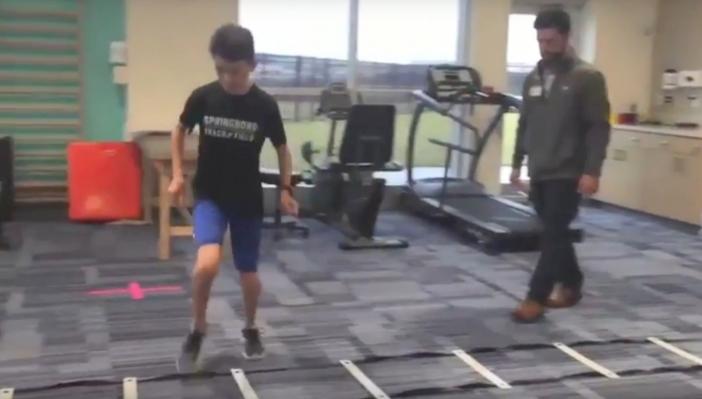