as more states legalize marijuana, doctors and parents need to be aware of the side effects

Samuel Dzodzomenyo, MD, knows all about teenagers and their infamous sleep habits. They stay up too late, sleep in too long – at least for their parent’s liking. When they come to him, chances are they are having troubles beyond the average adolescent. Many of his patients at Dayton Children’s pediatric sleep center complain of extreme daytime sleepiness. Sleep tests can help determine what the problem is, from sleep apnea to narcolepsy. 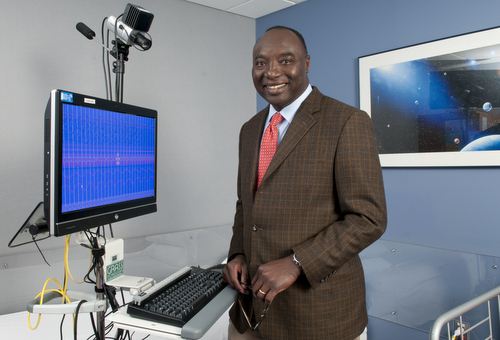 Dr. Dzodzomenyo became concerned that some patients who had sleep patterns consistent with narcolepsy might actually have been influenced by drugs, specifically marijuana. Narcolepsy is a disorder in which the brain can’t control the sleeping and waking cycles properly. There are an estimated 4 million people in the world that suffer from narcolepsy and it most often develops during adolescence. Narcoleptics may have periods of extreme daytime sleepiness (EDS) and “sleep attacks” in which they fall asleep suddenly. Although it presents as excessive daytime sleepiness, they may also have fragmented sleep and trouble sleeping at night.

He launched a study looking at standardized sleep tests over a ten year period and the drug screenings done just before those tests. The study found 43 percent of pediatric patients who tested positive for marijuana use had sleep tests that were consistent with a diagnosis of narcolepsy, compared with only 24 percent of pediatric patients with a negative drug screen.

“We were most surprised by the fact that patients referred for evaluation for excessive daytime sleepiness who tested positive for marijuana were almost twice as likely to meet the objective criteria for narcolepsy,” said Dr. Dzodzomenyo, medical director of the pediatric sleep center at Dayton Children’s Hospital and associate professor of pediatric neurology at Wright State University Boonshoft School of Medicine in Dayton, Ohio. 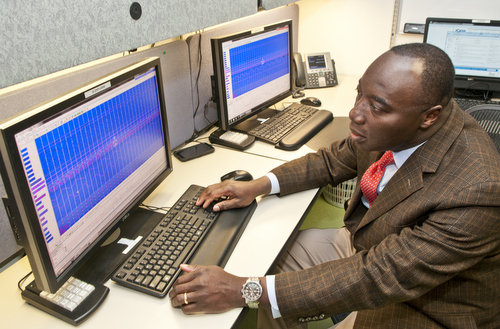 According to a survey by the Centers for Disease Control and Prevention, in 2013 more than 40 percent of U.S. teens reported using marijuana at least once. Almost a quarter of teens said they used it once in the last 30 days.

“It is an important finding, as more states legalize the recreational or medicinal use of marijuana. Clinicians need to be aware of the potential effects of marijuana use on diagnostic tests for narcolepsy.”

The study analyzed the records of 383 patients from 2004 to 2013 younger than 21 years old. Dr. Dzodzomenyo was the principal investigator and lead author. Study results are published in the February issue of the Journal of Clinical Sleep Medicine.

01/14/21 | blog post why is my child constipated? how stress and changes in routine can cause issues with the gut
01/15/21 | blog post covid-19 safety measures create nearly non-existent flu season Measures in place to combat COVID-19 are proving to be successful in preventing widespread transmission of other respiratory viruses, like RSV and influenza this season.