an important but often missed role in March Madness 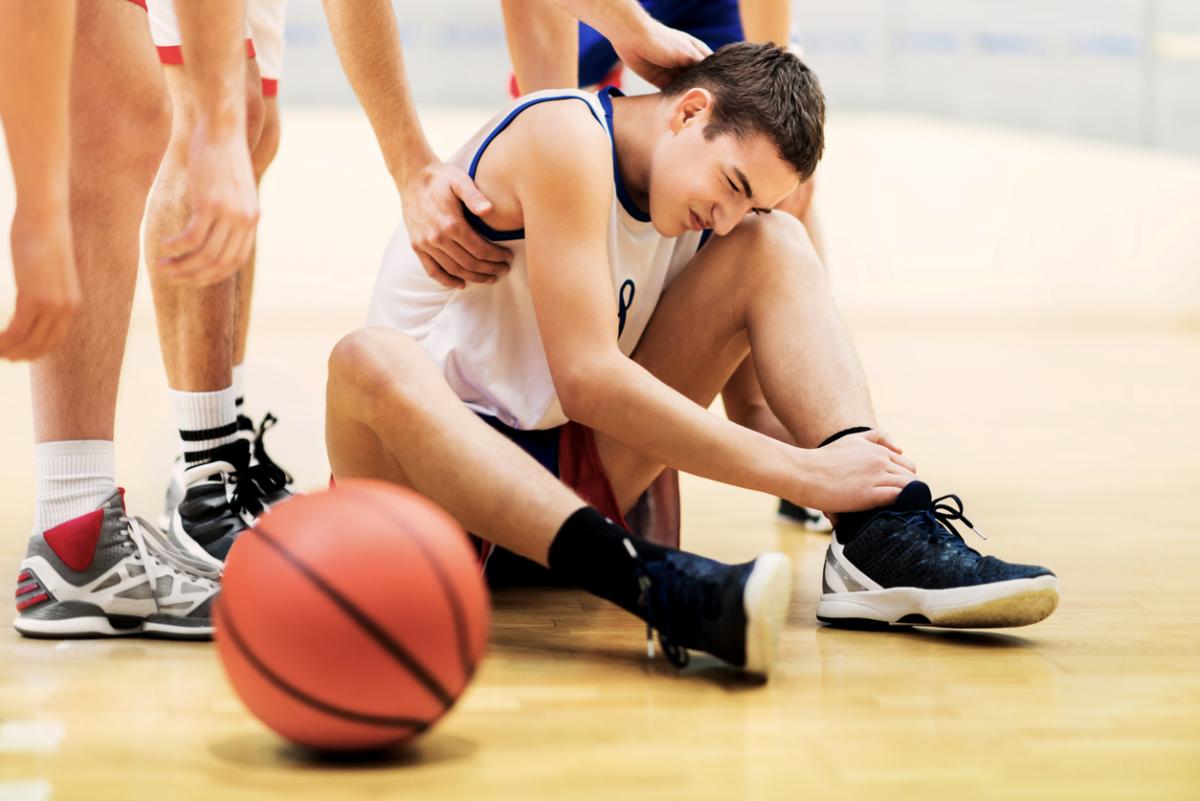 By: Ryan Butler, AT

You'd have to be living under a rock in the United States to not know that March Madness is going on!  Millions have been sitting down to watch hours of basketball and hope their bracket isn’t ruined after the first weekend of games. Dayton has been the starting point of the tournament since 2011 with the First Four games being hosted at UD Arena. Every year there are two things the tournament can promise, iconic moments and injuries. Those that follow college basketball may never forget when Louisville guard Kevin Ware suffered a compound fracture of his leg on live television back in 2013 during the Elite Eight game against Duke.

Many may wonder: who is the first person to respond when athletes suffer injury?

During those first games at the UD arena this year during the contest between Syracuse and Arizona State, Syracuse’s freshman forward Oshae Brissett was attempting a layup late in the second half when an opposing player caught half of Brissett’s body causing him to crash to floor hard on his back.

Almost instantly, a man responds to triage the situation and care for Brissett, that man was the Syracuse Basketball athletic trainer. Luckily for Brissett he only had the wind knocked out of him, but for several moments for those watching, it could have seemed much more serious. Every team at the tournament will have an athletic trainer on the bench who has been with them the whole season and is ready to respond whenever an injury occurs.

Every March, the National Athletic Trainers’ Association, or NATA, uses this month to spread awareness about the important work of athletic trainers; at Dayton Children’s there are six athletic trainers in the sports medicine department who provide compassionate care to every patient they encounter daily in clinic or on the sidelines.

Often associated with athletics, you can find AT’s in all these settings:

Dayton Children’s athletic trainers also provide injury evaluation via Healthy Roster, a virtual smartphone app that allows coaches and parents to FaceTime with an athletic trainer to decide next steps in care for athletic injuries. Also, Dayton Children’s offers baseline concussion testing for free at any Dayton Children’s locations with no appointments required! If your athletes is injured, bring them into our Sports Medicine clinic for a follow-up test to compare to your baseline.

To learn more about this profession visit the NATA website or contact one of the athletic trainers that at Dayton Children’s. Each take pride in the care provided as athletic trainers for the youth and teens that call the Dayton area home. If you see one in the hospital, or on the sideline of an event, be sure to wish them a happy athletic trainer’s month!

For more information about Dayton Children’s Sports Medicine Outreach and Clinic, please contact Nathan McFadden at 937-641-3018 or Tyler Ortlieb at 937-641-3939.

What’s the official definition of an athletic trainer?

The NATA definition states that “Athletic trainers (ATs) are highly qualified, multi-skilled health care professionals who collaborate with physicians to provide preventative services, emergency care, clinical diagnosis, therapeutic intervention and rehabilitation of injuries and medical conditions. Athletic trainers work under the direction of a physician as prescribed by state licensure statutes.” Sometimes mistaken for personal trainers, there is a large difference in the education, skillset, job duties and patients of an athletic trainer and a personal trainer. Every athletic trainer in the state of Ohio has graduated from a program that is accredited by the Commission on Accreditation of Athletic Training Education (CAATE), they passed their Board of Certification exam (BOC) to become nationally certified, became licensed to practice in the state by the Ohio Occupational Therapy, Physical Therapy, and Athletic Trainers (OTPTAT) Board, and they maintain continuing education units throughout their career.