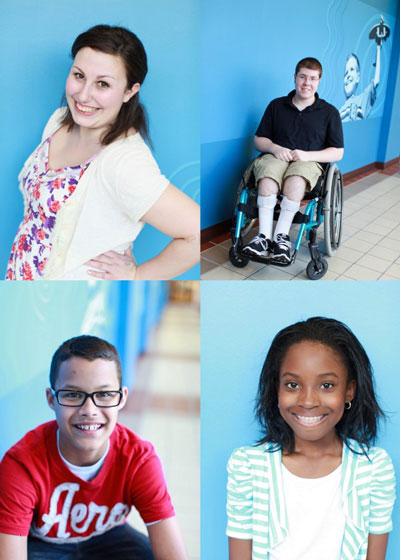 New ambassadors for The Children’s Medical Center of Dayton will be introduced during the 30th annual broadcast of the Children’s Miracle Network Hospitals Telethon on Saturday, June 2, and Sunday, June 3.

Ambassadors represent Dayton Children’s at various events and programs throughout the year.

The telethon begins at 9:00 pm on Saturday, June 2, and ends at 6:00 pm on Sunday, June 3.  The broadcast will feature special kids who are connected to Dayton Children’s and caregivers who treat the children.

“The broadcast truly is a celebration of the children in our care,” says Debbie Butner, telethon manager at Dayton Children’s.

“The telethon is also an opportunity to thank and recognize our sponsors and donors for their generous support. Their commitment helps us continue to provide the best pediatric care during a child’s time of need.”

Viewers can make a donation by calling 1-888-746-KIDS (5437), or by donating online at www.childrensdayton.org/donate. You can also follow live updates on Dayton Children’s Facebook and Twitter pages during the telethon - follow @DaytonChildrens to stay connected.

Current ambassadors whose stories will be featured during the telethon are Colin Beach, Patrick Bleser, Kaitlyn Dove and Ghiman McKinney.  These children are treated at Dayton Children’s and will share their experiences.