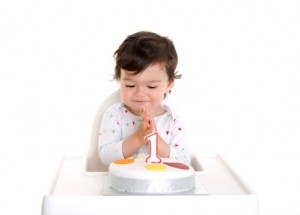 We've been updating you about Ohio's infant mortality crisis and what is being done locally and on the statewide level to ensure babies in our community live to their first birthday and beyond. This week, State Senator Shannon Jones is sharing updated information recently released by the Commission on Infant Mortality.

It’s shocking that nearly 1,000 Ohio babies die each year before their first birthday – a rate higher than many developing countries. That’s why the Ohio General Assembly created the Commission on Infant Mortality whose report, recommendations, and data inventory were released this week following a six month public inquiry into this epidemic. I was pleased to serve with Representative Stephanie Kunze (R-Hilliard) as co-chairs of the Commission along with other experts from the health, public policy and human services sectors.

Science defines infant mortality as the death of a live-born baby before her first birthday. I define it as a tragedy for all of us. Ohio ranks 45th in the nation in infant mortality. Among African American babies – we are near dead last. Black babies are dying at a 2 ½ times greater rate than white babies. To me this racial disparity is not only shocking, but it is immoral and completely unacceptable. This gross inequity demands outrage from all of us… it is worthy of deep introspection, vigorous debate, and unrelenting action to change the system that is failing too many Ohio families.

By way of background, as Chair of the Senate Health & Human Services Committee, I enlisted the help of my colleague from across the aisle, Senator Charleta Tavares (D-Columbus) three years ago to bring much-needed awareness to this epidemic. Together we held hearings across the state to give a voice to the voiceless and to shine a spotlight on the depth and breadth of the problem and to identify opportunities for improvement.

Our efforts resulted in a package of bipartisan legislative initiatives, including the creation of the Commission on Infant Mortality, that were designed to raise awareness, invest in best practices, and begin to coordinate a state plan. Senator Tavares and I were committed then to elevating the debate and increasing accountability for our state’s response and this remained true for the Commission itself.

Recommendations within the Commission’s newly-released report reflect four major themes—improvements in the collection and sharing of data, building on proven interventions, health system improvements, and addressing the social determinants of health. Changes are needed both inside and outside the health care system, and at the state and local levels to address and remove barriers that prevent too many of Ohio’s children from celebrating their first birthdays.

With Ohio home to some of the best clinical care in the nation, there is clearly a huge disconnect between it and our health outcomes. By almost every measure, Ohioans are quite sick. In fact, Ohio ranks 40th in the nation in overall population health outcomes, which includes the infant mortality metric.

Because only 20% of our overall health is impacted by the traditional health system, the Commission made a strong statement about the need for much more emphasis and examination to be placed on the social determinants of health – where people are born, where they live, learn, work, play, worship and age – and how these social, environmental and economic conditions impact our health. It’s time that we acknowledge that the current system is failing us and work together to create a new system that addresses the adverse conditions and the underlying inequities faced by far too many Ohio moms and babies.

To celebrate more 1st birthdays we must be willing to accept these facts even if we find them difficult and not grounded in our own personal experience. The Commission will continue to challenge itself and the status quo to create a better way to serve our most vulnerable babies.

To view the full report with recommendations, testimony and presentations from meetings, or the data inventory visit http://cim.legislature.ohio.gov/.