commercial make you mad? good - use that anger for action. 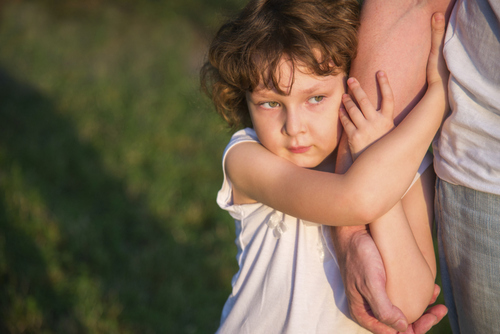 The internet exploded with irate commentary after a commercial from Nationwide Insurance that aired during last night’s game – some calling it the worse commercial ever. Viewers are upset, feeling that the company used the death of a small boy to sell insurance. However, that anger may be just what’s needed to keep kids safe from their number one killer.

In the ad, a boy talks about all the things he will never do. At the end, it’s revealed he won’t do those things because he died in an accident. This commercial comes after Nationwide just announced a new partnership with Safe Kids Worldwide, a global organization dedicated to preventing injuries in children. Statistics show only 28 percent of caregivers correctly identify preventable injuries as the leading cause of childhood deaths.

With the placement of this one commercial, Nationwide was able to reach 111.5 million people to educate them on this issue. “What better place to send an impactful and action-worthy message?” says Jessica Saunders, Safe Kids Greater Dayton coordinator and community relations manager and mommy blogger at Dayton Children’s Hospital. “This was the most watched show in television history. I can’t think of a better place to tell parents how to keep their kids safe.”

“I’m glad people were incensed that the boy in the commercial died. They should be. In just a few seconds, they grew to like him and care for him. Now imagine if that were your son. What would you feel then, after years, months or even just days of caring for your precious child, if you lost him or her to a simple accident?” asks Saunders.

“We see the damage accidents can cause every day at Dayton Children’s,” says Saunders. “Every year, we see hundreds of kids in our burn clinic and dozens of children are rushed to our emergency department, hurt by a toppling television. While we continually send the message of safety, it has to be heard to be heeded. So use that uncomfortable feeling you had after watching the commercial to make a positive change. No parent should lose a child to an accident – that is the goal.”

What can parents do? Go to makesafehappen.com. This is the new website created by Nationwide in partnership with Safe Kids. There parents can download an app with safety tips as well as search safety tips by age, location or risk category. “Don’t wait,” urges Saunders. “Anger is one of the most powerful emotions to spark change. Use it to keep your child safe.”