being your better self 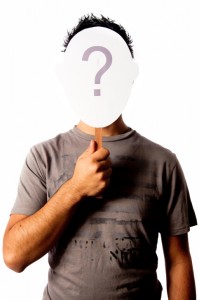 Fifteen-year-old Ethan began our first session with the stark declaration that “I want to act more like the person I really am.”

I had no idea what he meant. The words sounded like a quote from a self-help book, so I asked Ethan to explain his thinking. After listening to him for about an hour, I still had no understanding of what he was talking about.

Ethan came back to our second session having given this more thought. He had quotes ranging from Shakespeare (“…to thine own self be true”) to some actress I didn’t know named Taylor Schilling. “Be yourself. You’re okay. And it really doesn’t matter what other people think.”

His favorite quote was from Ralph Waldo Emerson. “To be yourself in a world that is constantly trying to make you something else is the greatest accomplishment.”

I was in trouble. How could I dare criticize Emerson?

I did have some understanding of Ethan’s dilemma. Pretending to be someone else is experienced as much by adults as it is by teens. We feel one way, but act another. We pretend we like something when we really don’t. We exist in meaningless relationships because we are scared of the alternative. We sacrifice our dreams because we are fearful of failure.

At the end of the day, it seems like we are mere actors living a role we neither want nor like. We are phony.

My problem with this “be yourself” stuff is that we all have parts of ourselves that can be ugly, hurtful and mean. Media stories contain narratives of outrageous behaviors from actors to athletes who justify their actions by proclaiming that they were only being true to themselves.

Ethan had few friends. Perhaps he was following Taylor Schilling’s ridiculous advice that “…it doesn’t matter what other people think.” If being yourself means doing and saying whatever you think and feel, get ready for a very lonely life.

Living a life of meaning is about the search for genuine relationships. Being yourself is a prescription for disaster. Relationships are all about compromise and caring for others. This means that at times you shouldn’t do what you want or say how you feel.

I was getting absolutely nowhere with Ethan until I stumbled across the writings of 19th century missionary named Karl Maeser. He captured in seven words what I was unable to do in several hours of discussions with Ethan.

“Be yourself, but always your better self,” Maeser proclaimed.

Those words connected with Ethan. He began to understand that being real is not about acting on your impulses. It is about developing your better self and living a life of love and meaning.