are you aware of these advertising dangers 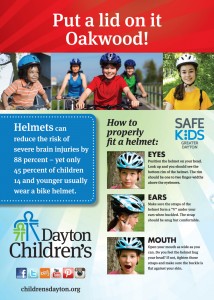 A couple weeks ago I was pulling together images to be used an ad promoting bicycle helmet use and I spent a huge amount of time going through stock photo images looking for a photo that actually showed a child wearing the helmet the proper way. Many of the images showed children wearing helmets but the strap wasn’t tightly fastened or even fastened at all. Pouring over the images made me wonder how many of these stock photos are being used and whether people are aware that the images they are seeing actually do not follow safety guidelines. I put those thoughts aside and sent some “good” photos along to our designer so he could finish up the ad (seen right).

Fast forward to late last week when an article about a recent study conducted by the American Academy of Pediatrics popped into my inbox and I revisited my encounter with the huge amount of “unsafe” images. According to the research, almost 1 in 6 ads in two of the top-selling parenting magazines in the US showed images or described products that are considered unsafe for children's health or against the AAP's health and safety recommendations. 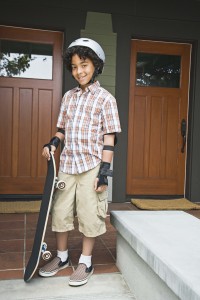 In the study, researchers reviewed ads from “Parents” and “Family Fun” magazines. For each ad, the researchers evaluated whether the product, the photograph and the words in the ad were consistent with published recommendations from the AAP's policy statements, injury prevention manual or website advice on healthychildren.org. While many of the photos places in these ads were beautiful, many of them depicted unhealthy and unsafe behaviors. For example there were photos of children riding bicycles without helmets and infants placed in cribs with crib bumpers – both issues we have discussed on this blog. Another example where a photo didn’t follow the AAP recommendations included a young child eating popcorn when popcorn is not recommended for children younger than 5.

We are a very visual society and when we see something, especially see it over and over, it becomes normal to us. If we see the wrong 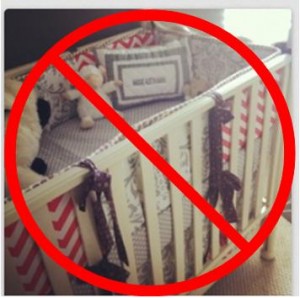 thing – the wrong thing becomes normal. Unfortunately, the behaviors depicted in some of these photos are actually very dangerous for children.

As the researchers recommend, it’s important for advertisers and editors to be aware of these safety concerns and share a consistent message. These magazines are trusted by parents to give helpful parenting information and so much of parent is ensuring our children are healthy and safe.

09/21/21 | blog post the secret powers of gratitude Teaching kids about gratitude early is incredibly important to their mental health.
09/22/21 | event cooking class-picky eating Talk about ways to set up meal time to help young kids successfully try more foods. We will allow for opportunities for kids to explore new foods during class.