the alligator in the room 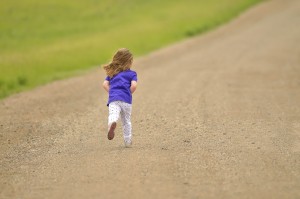 I’ve found myself hiding from the news and social media the last couple weeks due to all of the heartbreak. Of particular frustration is the blaming and shaming that parents of young children have received in the wake of some horrible tragedies.

It’s so simple to say “it takes a village to raise a child,” but when that notion is put to the test, we have a long way to go.

I was walking through the halls of the hospital the other day and around the corner came a little boy, probably no more than 2-years-old, running from his mother who was going as fast as she could carrying a car seat in one hand, diaper bag in another. She was trying not to make a scene while she was doing her best chasing a child exploring his independence. He had no idea he could fall or run into something – he was just running because that is what little kids do.

It made me think of the two recent cases getting national attention – what was the difference? They were sensationalized because they involved exotic animals in cheerful places – the Cincinnati Zoo and Disney World – where we expect happiness. When you distill down what happened – they were accidents. In both cases, the moms (and dads) were doing their best but in the blink of an eye devastation struck. Instead of surrounding these families with compassion, some blamed these parents for negligence.

Another story also comes to mind, a local story, that was featured on our blog a little over a week ago. 5-year-old Kiefer and his mom checked into Crestwood Swim Club at 1:38 pm and by 1:45 pm medics were called because Kiefer had entered the pool and was landed on by another boy playing catch in the pool. His mom says she looked away for a second. How many times have all of us as parents looked away for just one second. Thankfully, Kiefer is doing great, however a split second can make all of the difference.

As I’ve said so many times when doing in interviews, accidental injuries are the number one killer of children in the United States.

By nature, accidents will continue to happen and in some instances, tragically, children may die. While parents and professionals work each and every day to prevent injuries, we live in an imperfect world. If the unthinkable happens, it’s our job to find the compassion to embrace those parents and families experiencing great heartache rather than blame them for something as simple as “an accident.”