5 myths about the modern teen

After discussing with me his best friend’s first sexual experiences, a young teen erroneously proclaimed that, “Everyone in high school has sex before they graduate.” 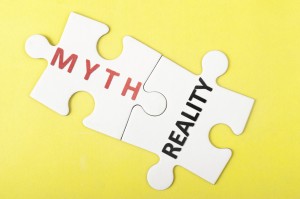 Believing in something doesn’t make it true. I spend lots of time dispelling myths that may inappropriately influence teens’ behaviors. Here are the most common.

Myth #1: All teens have sex in high school. The percentage of high school kids who had sexual intercourse has decreased over the years, from 54% in 1991 to 46.8% in 2013. Widespread media attention to issues of sexuality portrays a very different picture.

We want our kids to develop healthy attitudes about their sexuality, based upon what is right for them, not misinformation inferred from the media.

Myth #2: Drinking alcohol in high school is at a record level. One recent study concluded that alcohol drinking among high school kids was “…at historic lows.” The percentage of teens who had an alcoholic drink in the previous month decreased from 51% in 1991 to 33% in 2013.

Drinking remains a serious problem for our kids, but it’s a myth that the problem is a widespread epidemic.

Myth #3: Bullying occurs more often today than in the past. Our kids are probably subject to less bullying today, as schools and parents respond to this problem much more seriously. No child should have to endure emotional and physical abuse from other kids. Bullying occurs today in different venues (e.g., social media), but there is no research to support the myth that it occurs more frequently.

Myth #4: Marijuana is a safe drug for our kids to use. About 21% of our high school seniors reported smoking pot in the past 30 days, according to a study completed in 2015 by the Institute for Social Research. In 1975, this figure was 27%. While medical marijuana may have some legitimate use, there is overwhelming evidence that smoking pot is bad for kids.

The high school years are about learning how to deal with intense feelings and challenges. Our kids need to learn how to solve problems, manage their emotions, live a life of passion and purpose, and engage in genuine relationships without depending upon chemicals.

Myth #5: Our kids are under more stress today than ever before. The most privileged and self-indulgent generation of youngsters complains about school, parents, and the pressure of social media. Their reported stress is mostly a self-generated myth.

Stop listening to this whining and help our kids develop a sense of gratitude for their privileged lifestyle that is the envy of the rest of the world.