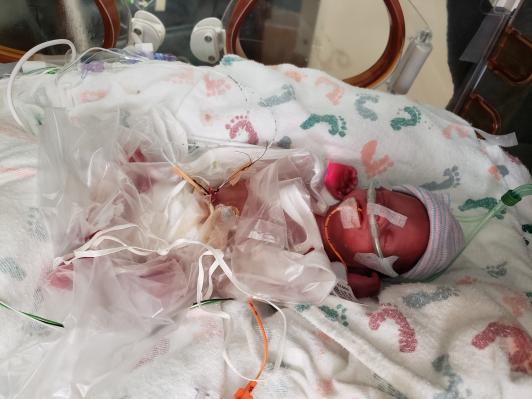 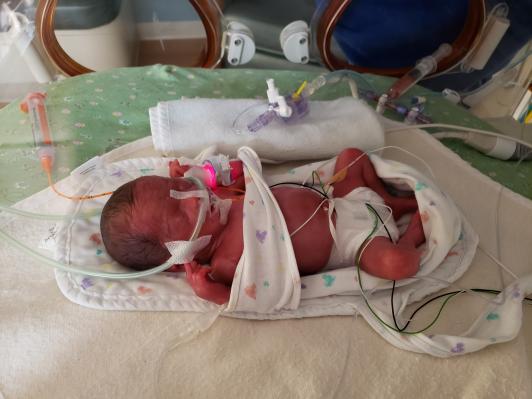 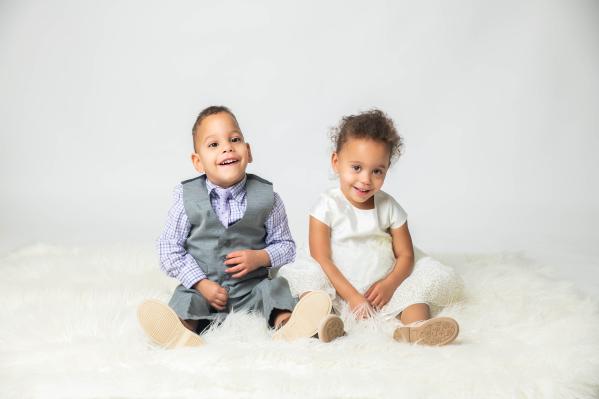 It is not uncommon for twin pregnancies to result in preterm delivery, which is any delivery before 37 weeks gestation. However, Amber and Stefan Voss never anticipated their babies would be born after just 25 weeks in the womb. In May 2019, the Voss twins, Tobias and Thea made their very early debut!

Such an early arrival resulted in complications for both Tobias and Thea. Tobias was diagnosed with intraventricular hemorrhage (IVH), a common condition in premature babies where bleeding is present inside and around the ventricles of the head. The bleeding can put pressure on the nerve cells and damage them. IVH is often described in four grades, depending on the bleeding. To understand the severity of Tobias’ IVH, he and Thea were transferred to Dayton Children’s Hospital.

At Dayton Children’s an MRI confirmed that Tobias had grade four IVH. Grade four is the most severe form of IVH with a potential of long-term brain injury. Tobias would need a shunt surgically placed in his head to drain the fluid. But first, Tobias needed to get bigger and stronger before he could undergo surgery.

After three months in the neonatal intensive care unit (NICU), Tobias finally met the physical criteria to have his shunt placed by his neurosurgery team.

“We fully understood the process and procedure inside and out”, said Stefan. “The neurosurgery team explained things in great detail, even showing us the shunt that would be used.”

home away from home

After surgery, Tobias returned the NICU where he and Thea stayed for a total of 112 days. Although Tobias’ shunt was successfully placed, he and Thea were closely monitored to ensure they were gaining weight and learning to breath and eat on their own before going home

“I can’t say enough about the NICU staff. They are all amazing!” said Stefan. “We fully trusted the staff, which allowed us to go home each night and rest in our own bed.”

During their time at the hospital, Amber and Stefan were also taken care of. As a breastfeeding mom, Amber was given daily vouchers redeemable in the cafeteria to make sure her nutritional needs were met. Eating nutrient rich meals allowed Amber to continue pumping and supplying breastmilk to Tobias and Thea. The Voss family also took advantage of the Ronald McDonald Family Room, which gave them a quiet place to enjoy a snack, rest in a nap pod, shower or do laundry.

Eventually, Amber and Stefan had to return to their full-time jobs and could no longer spend their days in the NICU with Tobias and Thea. Luckily, Dayton Children’s offers 24-hour remote monitoring for NICU families. The webcam system called NICVIEW, allows parents and family members to see their baby when they are away from the hospital. Not only did NICVIEW provide a sense of reassurance to Amber and Stefan, the on-demand video streaming also supports mother-baby bonding.

continuing care after the NICU

Tobias and Thea may not reside in the NICU anymore, but they are no strangers to Dayton Children’s. Premature babies, like Tobias and Thea are often diagnosed with a host of conditions needing specialized care. The twins continue to see specialists in cardiology, ophthalmology, nephrology, orthopedics, developmental pediatrics, physical medicine and rehabilitation (PM&R) and cerebral palsy clinic.

Cerebral palsy plays a large role in the care required for the twins. Since their discharge from the NICU, both Tobias and Thea were diagnosed with cerebral palsy. Cerebral palsy is common among premature babies, affecting muscle tone, movement and coordination. Tobias’ diagnosis was caught early on, but Thea’s wasn’t discovered until she started walking and her parents noticed her right leg dragging behind her.

Through the coordination of the family’s physical therapist, Chiara, Thea was referred to Barynia Backeljauw, MD in PM&R. Dr. Backeljauw ordered an MRI and concluded that Thea also had cerebral palsy.

“Chiara and Dr. Backeljauw have been wonderful to work with”, said Stefan. “Both made us feel validated in our concerns. They were patient and reassuring as we learned of Thea’s new diagnosis, and we never felt like we were competing for their time or attention.”

Tobias and Thea continue to participate in various forms of physical therapy to improve their balance and walking. They also receive assistance from the leg braces they wear every day. When they are not in therapy or visiting one of their many specialists at Dayton Children’s, Tobias and Thea love watching their favorite shows and playing with their friends.

After all the challenges the Voss family has faced since the twins were born, they are forever grateful for the care the whole family has received at Dayton Children’s.

04/04/22 | patient story Townes-Brock Syndrome times two At just 3 days old, twins, Nolan and Liam had surgery to repair their imperforate anus, a condition commonly associated with their diagnosis of Townes-Brock Syndrome.
04/05/22 | patient story thriving with a complex condition Born at the beginning of the COVID-19 pandemic, Bennett surprised his family when he was diagnosed with VACTERL association. 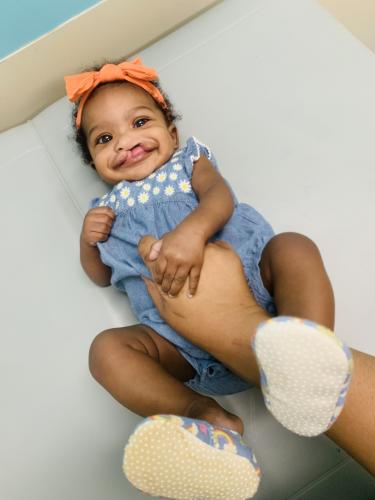