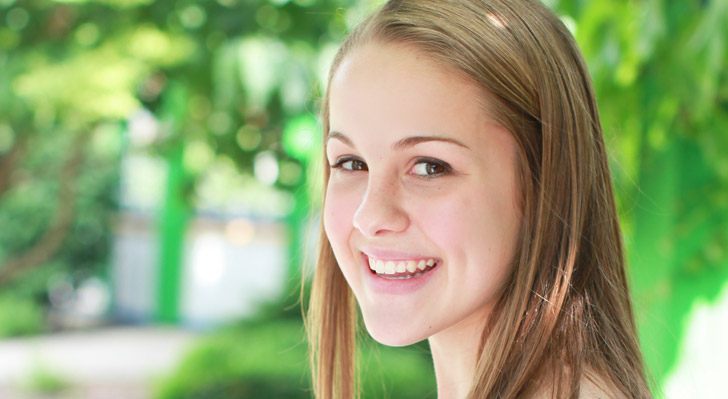 Meghan Mays, 17, never realized how much discomfort she was in with until after the discomfort was gone.

At age 6, Meghan was diagnosed with scoliosis, a condition that causes the spine to curve from side to side. Until Meghan had spinal surgery at the age of 15, she didn’t realize how a normal back could feel. Meghan’s body had learned to accept her curved spine and the discomfort associated with it as normal.

It wasn’t until after a fateful playground injury that Meghan’s family learned about her curved spine.

“I’ve never been so grateful for a broken arm,” says Kelley Mays, Meghan’s mom as she thinks back on when Meghan was diagnosed with scoliosis.

After falling off the monkey bars at school, Meghan was treated by Michael Albert, MD, orthopedic specialist at Dayton Children’s Hospital for her broken arm. With a recommendation from Meghan’s pediatrician, Kelley had Dr. Albert take a look at Meghan’s back. He immediately knew she had scoliosis and recommended a back brace at night to help correct Meghan’s spine.

About 20 percent of kids with scoliosis need to wear a back brace, which acts as a holding device that keeps the spine from developing more of a curve. A brace won't make the spine straight, but it prevents the spinal curve from increasing more than 5 or 10 degrees to hopefully prevent surgery.

Over the next few years, Meghan continued to see Dr. Albert several times a year to monitor the curve of her spine. Because she was young, the brace helped to minimize the curve and Meghan was eventually able to stop wearing it.

However, in middle school everything changed again because Meghan was growing at a fast pace. Within three years she grew seven inches and the curve of her spine was growing with her. Dr. Albert determined Meghan should wear the brace again, but this time it didn’t seem to help.

“There was no stopping it,” says Kelley. “She just kept growing and the curve kept getting worse and worse. By her freshman year of high school I knew we were going downhill. I remember looking at her back in a swimsuit and thinking ‘we are not going to get out of this without surgery.’ It was in the shape of an ‘S’. It was that visually obvious.”

Generally an orthopaedic surgeon will not suggest surgery unless the spine is at an angle of 40 or 50 degrees or more. By the time of Meghan’s surgery in December 2011, her spine had curved to 54 degrees.

“As a parent, being told your daughter needs to have surgery you often have moments of panic and fear. But Dr. Albert sat us down, explained every step of what he was going to do and told us that his number one objective was ‘to do no harm.’ I could not have asked for better care,” says Kelley.

On December 8, 2011 Meghan went in for surgery. The procedure causes the separate bones of the spine where the curve is to grow into one solid piece of bone. This is called a spine fusion, and helps prevent further side-to-side curving. Dr. Albert also used two metal rods and 16 screws to correct Meghan’s spine and keep it straight until the bits of bone join together with the vertebrae.

Today Meghan is standing a little taller and has become a spokesperson for both scoliosis surgery and Dayton Children’s. Dr. Albert regularly asks Meghan and her mother to talk to families who are about to undergo scoliosis surgery to calm their fears and answer any questions they might have. Meghan will also have the chance to share her experience while serving as a Dayton Children’s ambassador this year.

Meghan says she is excited to be an ambassador so she can give back to the hospital she has been coming to for so long and to share how successful she has been since her surgery. Thanks to the care she received while here Meghan has decided she wants to pursue a nursing degree after high school.

Since her surgery Meghan has stayed very active on her cross country team competing in 5K races and within six months of surgery she was back on water skis at the lake. Her body has had to make some adjustments and learn a new normal, but there isn’t anything she cannot do.

“Meghan believes in the experience she had at Dayton Children’s and believes that it is worthwhile and important and that it needs to be available to help other people,” says Kelley. “Meghan has a passion for helping people understand this and the role Dayton Children’s played in where she is today. Meghan’s care team went out of their way to make Meghan feel comfortable and you just don’t get that anywhere else. The care that she received at Dayton Children’s was priceless.” 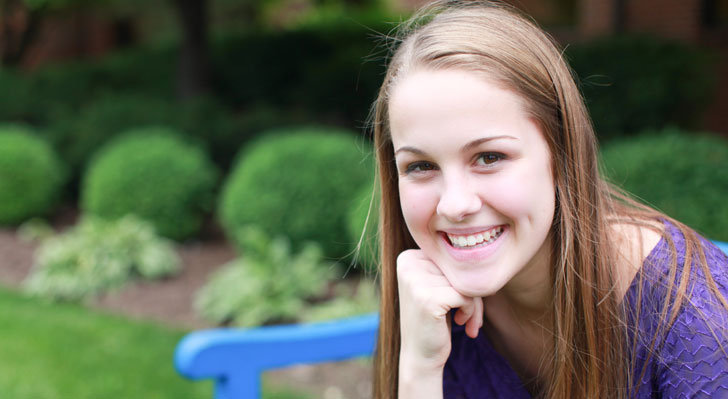 Watch this video to learn more about Meghan's story.