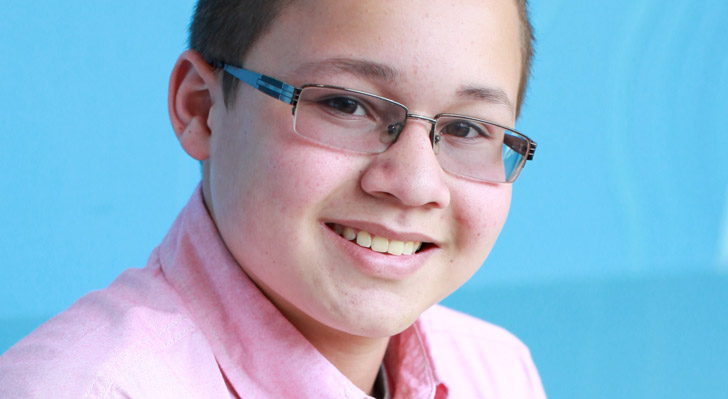 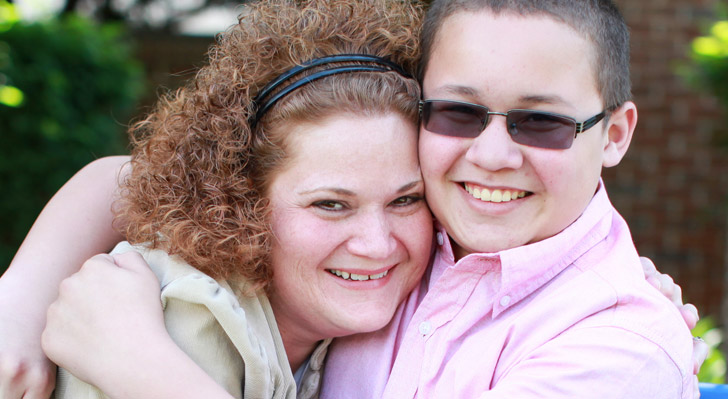 Kristopher and his mom 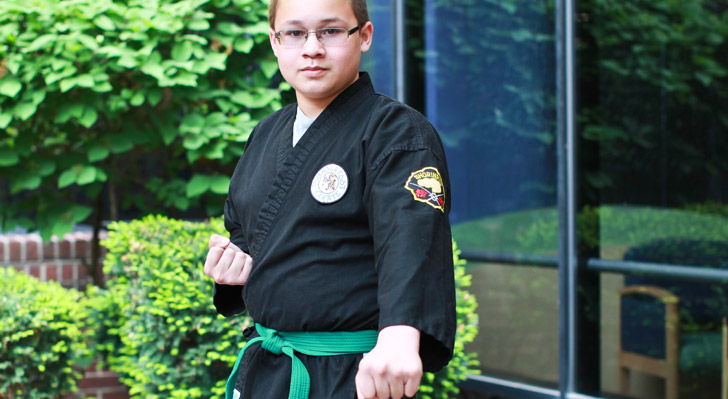 It takes a special kid to inspire his teacher to shave his beard to look like the character Jack Sparrow from the hit movie Pirates of the Caribbean. Kristopher Rodgers, 14, from Springfield is that kid.

Kristopher was diagnosed with cystic fibrosis (CF) at the age of 6 months. Cystic fibrosis is a disease that causes severe respiratory and digestive problems. More than 30,000 children and young adults in the United States live with this lifelong condition. Instead of producing mucus that normally acts as a lubricant in the pancreas and the lungs, a defective gene causes the mucus to plug the passageways in the pancreas and lungs.

Today, Kristopher is inspiring others to learn more about this genetic disorder and to raise money to help find a cure. When Kristopher’s seventh grade teacher Mr. Drake learned that he was living with this condition, he knew he wanted to help.

Every year Kristopher’s school has held a fundraiser for CF research. While Kristopher was an active participant, his classmates never knew these fundraisers directly benefitted him.

“I had never really told any of the kids at school about my condition,” says Kristopher. “But Mr. Drake inspired me to share my condition with my classmates to build awareness of CF.”

Past school fundraisers had included a simple ice cream sale to raise money, but Mr. Drake wanted to do something that would make a bold statement. A contest was held throughout the school to see which grade could raise the most money. Whichever grade won got to decide how Mr. Drake would shave his beard.

“I wanted the younger kids to win because they had the best beard style,” says Kristopher. “I gave all my money to the first graders so that they would be the ones that would win and he would have to shave his beard to look like Jack Sparrow!”

This fundraiser was just the beginning of Kristopher being a spokesperson for CF in his community. This year Kristopher has been chosen as a Dayton Children’s ambassador. He will not only represent the hospital, but will also share with others what it is like to live with CF.

“When you have a chronic illness like cystic fibrosis it matures you,” says Meredith Underwood, Kristopher’s mom. “When he was first diagnosed and was a little kid, it was harder. Now he has grown up and has learned to take care of himself.”

Kristopher takes care of completing his own treatments every day. This includes spending a half hour twice a day in a vest that puts pressure on his chest and helps shake mucus buildup off the walls of his lungs.

Many children with CF have to spend a lot of time as an inpatient in the hospital, but Kristopher has been lucky and has not been an inpatient for seven years thanks to his diligent care of his health. Kristopher does have fond memories of his time inpatient at Dayton Children’s and specifically remembers when he was 5 and the nurses gave him a tricycle to ride down the halls.

Kristopher says that his favorite part of Dayton Children’s is the staff. In order to manage his CF, Kristopher regularly sees Patrick Sobande, MD, in the pulmonary clinic.

“The most significant challenge for kids like Kristopher living with CF is the number of daily treatments that are required to stay healthy while being a kid at the same time,” says Dr. Sobande. “Kristopher can aspire to be anything he wants. With supportive care, life expectancy has increased for patients with CF and we are cautiously optimistic that recent drug discoveries will add even more value to their quality of life.”

Kristopher has also become a role model for his cousin Jeremiah, 5, who was diagnosed with CF at birth. Jeremiah looks up to Kristopher and the two have even begun competing in karate together.

“I think it is going to be really fun being an ambassador and a good experience,” shares Kristopher. “I’m excited to represent the hospital that has helped me so much.” 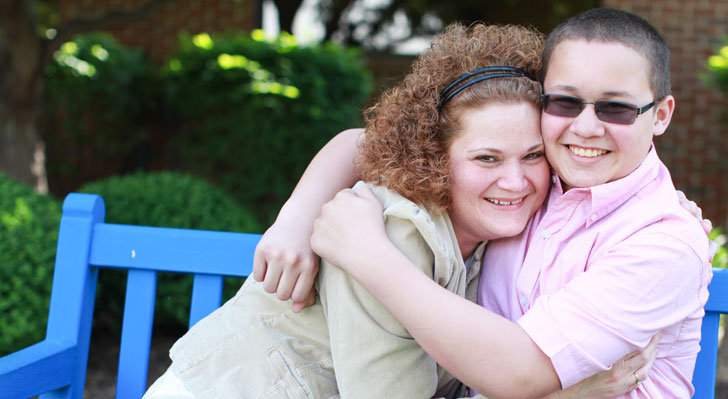 Watch this video to learn more about Kristopher's story.