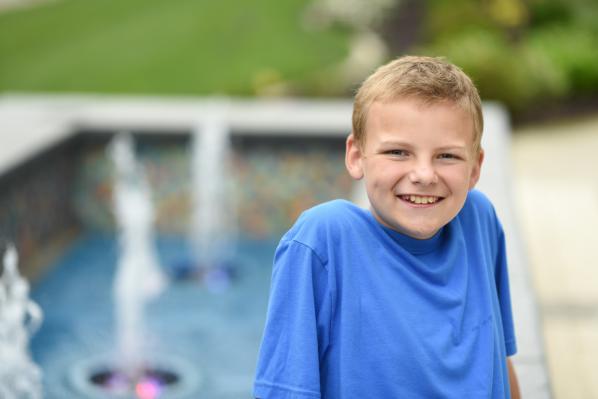 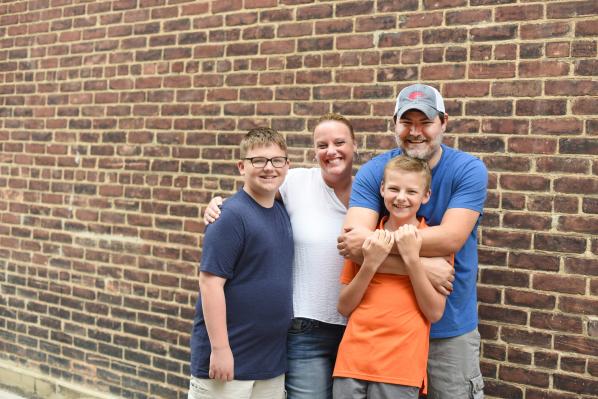 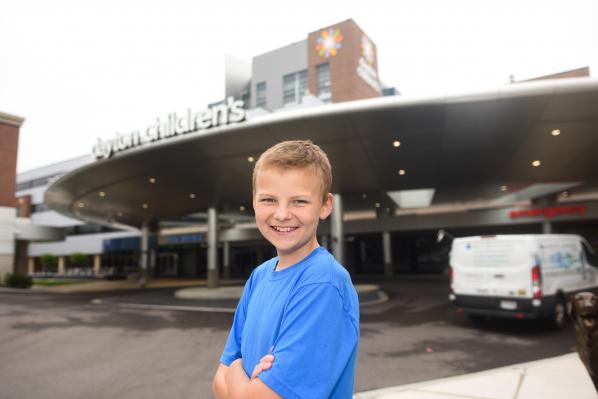 When Collin Cioffi was diagnosed with cancer, his care team at Dayton Children’s launched a plan of attack that included a three-year course of chemotherapy. They didn’t realize Collin would be on the attack, too—with Nerf Blasters.

During Collin’s frequent hospital stays, he gleefully fired away at doctors and nurses who entered his room. His hospital floor was sometimes covered with Nerf darts. Pretty soon, other patients wanted to get in on the action, so Collin’s parents—Erick and Katie—bought them Nerf Blasters, too. Doctors and nurses, clearly outnumbered, got their own Nerf artillery and waged counterattacks. It was the most cheerful, laughter-filled war the world had ever seen.

Meanwhile, Collin was fighting another battle, this one against an enemy called acute lymphoblastic leukemia (ALL). He had been diagnosed the summer before fourth grade, after months of experiencing intense stomach and back pain, fatigue and unexplained weight loss. Doctors in his hometown attributed the symptoms to constipation or the flu, but when Collin got worse, his mom, Katie, took him to Dayton Children’s. Within a few hours, doctors diagnosed him with ALL, and admitted Collin to the hospital.

The care team at Dayton Children’s told his family to expect three years of treatment. At first, the thought of missing school, being hospitalized, and dealing with side effects for such a long time was scary to Collin. But soon, his trademark cheerfulness returned and he was ready to fight.

“Collin never complained or said ‘why me?’” says Katie. “I remember one day on the way to the hospital I said to him, ‘oh, I wish I could take the cancer away,’ and he said ‘Mom, don't worry. I’ve got it.’ He just never let cancer get him down.”

Collin missed most of fourth grade due to frequent hospital stays and side effects such as nausea and headaches. He wasn’t able to play soccer or spend much time with friends. But he says he never felt lonely, especially when he was at Dayton Children’s. “My family was here all the time, and the nurses were great—my favorite nurse, Heidi, played Wii with me and was extremely awesome to hang out with,” he says. “Sometimes I would go to the family room and play board games with other kids, too. Spending the night at Dayton Children’s was like being on a camping trip—it was actually fun to be here, especially during the Nerf wars.”

support for the home front

Katie smiles when she hears Collin describe any aspect of his three-year cancer journey as fun. The adjectives she would use are more like “stressful” and “scary.” “I think the hardest time for me was after the first year, when we didn’t need to come to the hospital as often,” she says. “Then it was just me taking care of him at home, and I felt like I needed constant reassurance that I was doing a good job. There were days I called the hospital probably 20 times with questions, and the nurses were so amazing! They would say, ‘Katie, you call as much as you need to. We are here for you.’ They totally understood what I was going through.”

Outpatient treatment continued throughout Collin’s fifth grade year, but he was able to return to school and catch up academically with help from teachers and his parents. He rejoined his soccer team, playing a little but mostly cheering his friends on from the sidelines. By sixth grade, Collin was feeling pretty good, and doctors were pleased with his progress. Finally, in October 2017, he had his last chemotherapy treatment. Collin returns to Dayton Children’s for regular check-ups, but otherwise life is totally back to normal.

“When I was diagnosed, three years seemed like forever. But I look back and I think, ‘wow, that was fast,’” says Collin, who is now 13. “I was really lucky to have so many people helping me get through it. That’s why I am excited to be an ambassador for Dayton Children’s—I want other kids to know they can get through cancer, too.”

Especially if they have a Nerf Blaster handy.