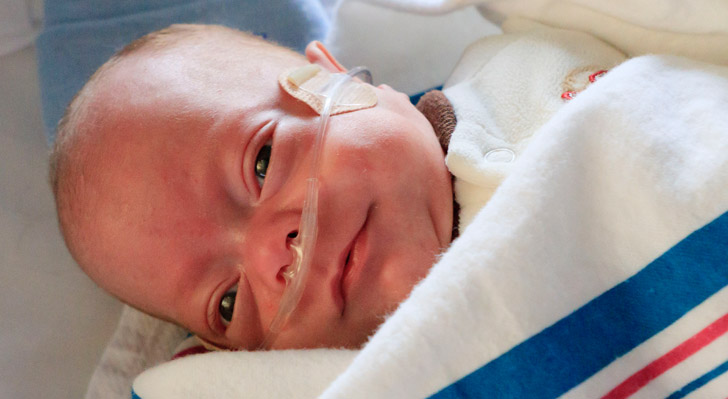 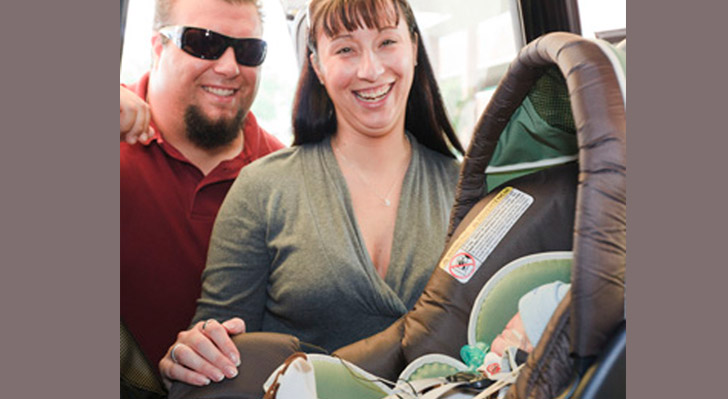 Carmine and his parents 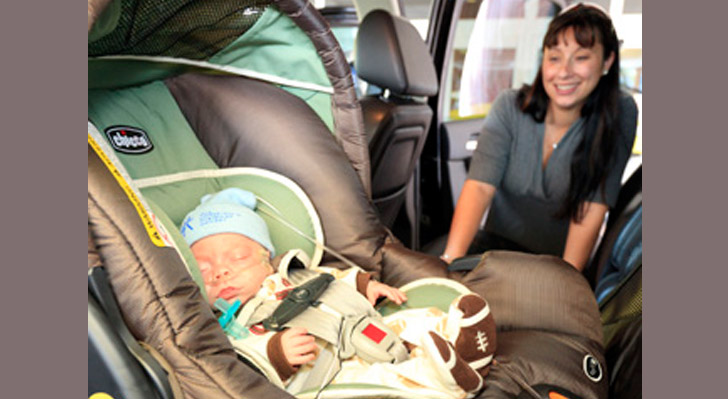 miracle of a premature

Carmine was born April 9 at 26 weeks gestation. He weighed 13.2 ounces. Mandie's doctor learned at a routine appointment that morning that Carmine’s heart rate was dropping and he was not doing well. The doctor determined a Cesarean section birth was necessary.

Carmine was born at Kettering Medical Center, then immediately transported to Dayton Children’s NICU. He was given a 15 percent chance of survival.

“They gave us the gloom-and-doom speech about his chances of making it,” Tony Yannitti said. “We were both pretty upset because the prognosis was not a good one at the time.” At the time of his birth, Carmine was only the size of a 20-week-old baby. He is the smallest baby ever cared for at Dayton Children's NICU. A month passed before the Yannittis were allowed to hold their son and two months passed before Carmine could come out of the incubator.

On Monday, July 19, Mandie's original due date, Carmine weighed 5 pounds 1 ounce and was ready to leave the hospital.

“We’re extremely excited. It’s been a long three and a half months,” Tony said. “But still, we’re excited and nervous because he’s still pretty fragile.”

The Yannittis must keep Carmine on oxygen until it is determined he is ready to come off it.

According to Ohio Department of Health statistics, 11.6 percent of babies born in 2008 in Montgomery County were born preterm, which is defined as being born before 37 weeks. Very preterm babies (born before 32 weeks) comprised 2 percent in 2008.