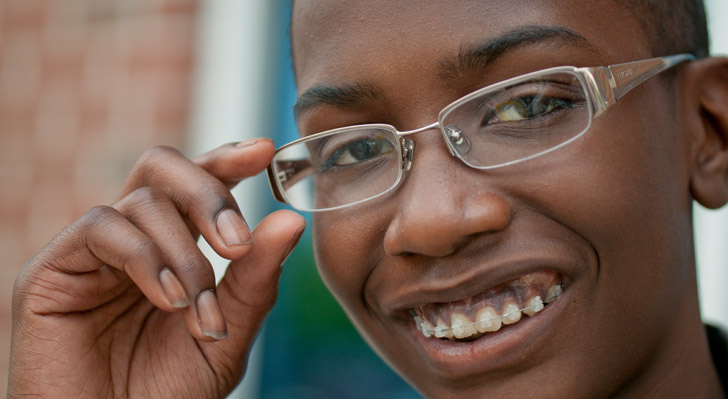 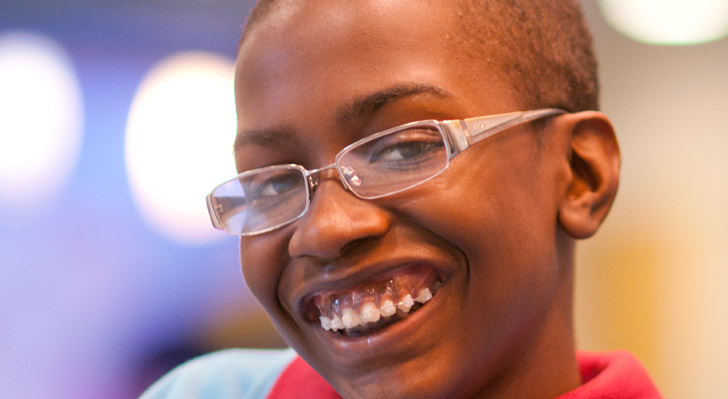 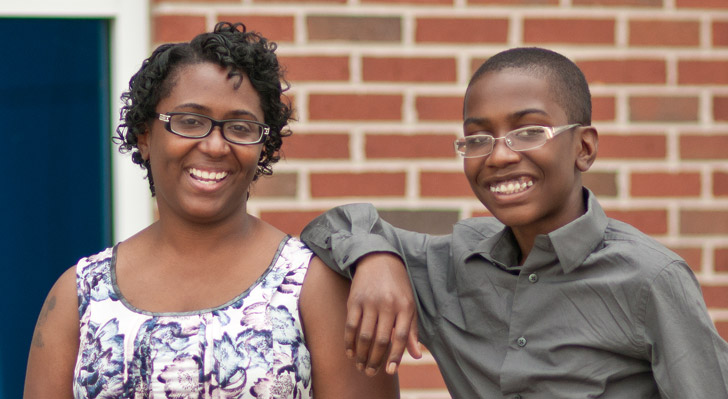 Andray and his mom

Andray’s first “set of wheels” was a coat hanger, twisted into a steering wheel while he pretended to drive. “I think Andray has been obsessed with driving since he was little because it allowed him to escape his sickle cell pain,” explains Jewels Howard, Andray’s mom.

Sickle cells are stiff and sticky. They tend to block blood flow in the blood vessels of the limbs and organs. Blocked blood flow can cause pain and organ damage. Sudden pain throughout the body is a common symptom of sickle cell, which is called a sickle cell crisis. Sickle cell crises often affect the bones, lungs, abdomen and joints, and can last hours – or weeks.

“All you want your child to be in life is healthy and happy,” Jewels shares. “If there’s one thing Andray hasn’t allowed this disease to do its take away his happiness; he has a permanent smile across his face.”

Andray refuses to miss school due to his condition, especially since he would miss out on hosting the radio show at Fairmont High School, which gives him the opportunity to share his bigger-than-life personality.

Andray has spent so much time at Dayton Children’s, he even has a favorite room he requests – it has a view of the highway to allow him to watch the cars zip up and down the interstate, feeding into his obsession about driving.

And he has a few favorite nurses. “When you spend as much time at the hospital as our family has, you develop a deep bond with the staff," says Jewels. "The nurses treat our family like one of their own, I just couldn’t ask for better care from the staff at Dayton Children’s.”

On top of sickle cell disease, Andray had many inpatient stays for sickle cell pain, ulcers and severe reflux. He’s also had surgery to remove his gallbladder and his tonsils and adenoids. This summer he has a planned hip preservation surgery due to the sickle cell blood causing avascular necrosis in his hips, or death of bone tissue due to a lack of blood supply. The goal of the hip preservation surgery is to prevent a hip replacement later in life.

Due to the significant time Andray has spent at Dayton Children’s, he’s a member of the Kids’ Advisory Board, a group of kids and teens who are providing input into the design of the new patient tower. The Kids’ Advisory Board has given feedback on everything from the lighting and paint color of the rooms to where televisions should be placed.

“I know it sounds strange to say Andray has learned to accept sickle cell as a gift, but it’s opened the door for him to so many opportunities that have taught him so much, like being on the Kids’ Advisory Board and becoming an ambassador,” explains Jewels. “His experience is teaching others how to stay positive and persevere through any situation.”

Andray Simmons has a permanent smile on his face. You can’t help but smile back when talking to him. You would never know that he lives every day fighting the pain that comes along with sickle cell disease.