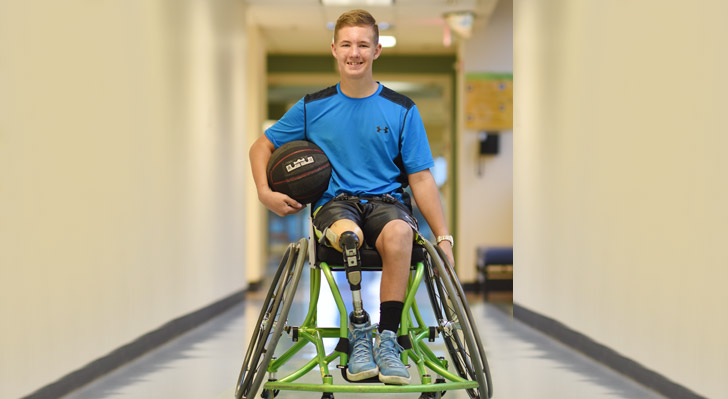 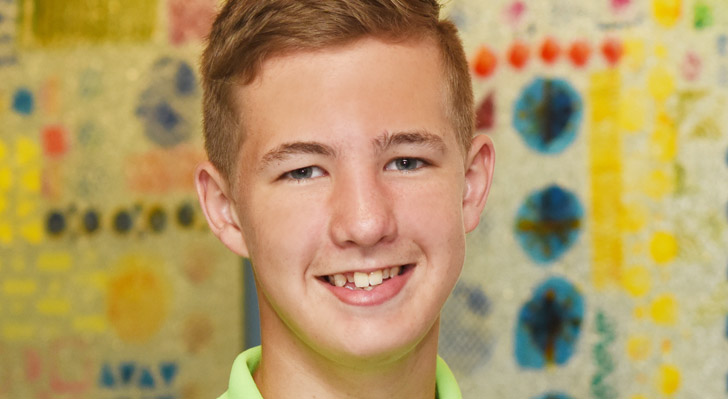 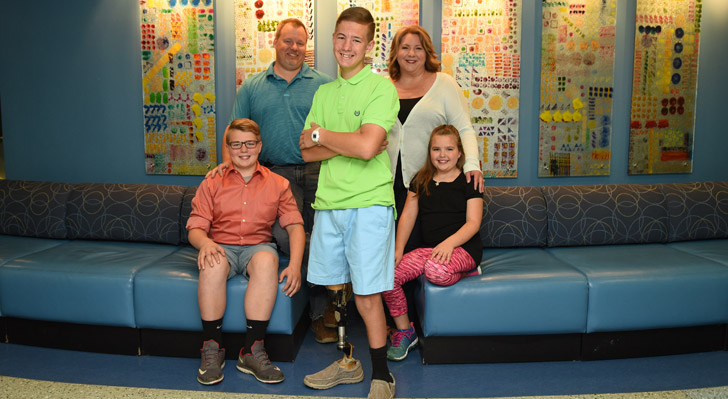 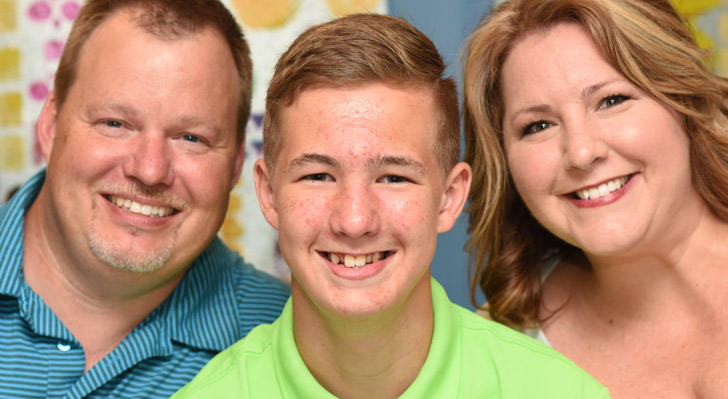 “The night Alex was born, the doctor asked everyone but me and my husband, Drew, to leave the room so that he could talk about what was wrong with him,” says Mindy. “I was like, ‘what do you mean, what’s wrong? He’s perfect!’ And he said, ‘well, let’s start at the head and work our way down to his feet.’”

Alex was born with a rare, genetic condition called popliteal pterygium syndrome. The most obvious sign was significant webbing on the back of his right leg, which prevented him from straightening the limb. Webbing also was visible on Alex’s left leg, and he had multiple issues inside his mouth as well—his tongue was attached to the roof of his mouth, fibrous bands prevented him from opening his mouth and he had a posterior cleft palate. The doctor painted a gloomy picture of the many problems Alex could face in the next few weeks and long term.

That night, Alex was transported from the hospital where he was born to the Dayton Children’s Regional Level III newborn intensive care unit (NICU). Drew and Mindy spent anxious hours worrying about the future, but by the next day, their outlook changed.

“When I got to Dayton Children’s the next morning, multiple specialists were taking care of Alex,” Drew says. “Everyone was calm and reassuring—it was “he’d doing great, don’t worry!’ So instead of feeling terrible, I started to feel hopeful. From then on, we knew he was in good hands, and that we would just deal with everything one step at a time.”

Alex spent the next 21 days in the NICU, and had multiple surgeries at Dayton Children’s to release the bands in his mouth, free his tongue and repair the cleft palate. When he was six months old, orthopedic surgeon Dr. Michael Albert performed the first of many surgeries to straighten Alex’s legs. His left leg responded well, but the right leg remained bent—kind of like a chicken wing, Drew says. When Alex was three, Dr. Albert surgically attached an external “fixator” to the right knee to train the leg to straighten. Three months later, the frame came off—and the leg quickly returned to its bent position. Dr. Albert tried again when Alex was six, with the same heartbreaking result.

“It was terribly disheartening for us and Dr. Albert, but the time had come to think about amputation,” Mindy says. “Drew and I felt like it made sense to at least talk to Alex about it. We showed him videos of athletes who have prosthetics, and explained that he could be really active and competitive with his new leg. He said ‘let’s do it’ in a very matter-of-fact way, and Drew and I were on the very same page. For the first time, we were able to guarantee him that a surgery would make his life better.”

as active as he wants to be

Alex was 7 when his leg was amputated above the knee, and within a few months he was fitted with his first prosthetic leg at Shriners Hospitals for Children in Lexington, Ky. As he grows—and outgrows his prosthetic—Alex is fitted with a new leg. He is now on prosthetic leg number five. “His current prosthetic has dynamic components that allow him to jump, run, bend down, rotate and swivel his knee—basically, be as active as he wants to be,” Mindy says. “In fact, Alex is so active that we have him in an adult prosthetic that can withstand all the wear and tear.”

Alex, now 14, loves to camp, go rock climbing, hike, hunt, fish and play baseball and golf. But his real passion is wheelchair basketball (the sport is open to any athlete with a physical disability, such as amputation, spinal cord injury and stroke). Alex plays in a varsity league, attends camps and has even caught the attention of some college coaches. He hopes to compete at the 2024 Paralympic Games.

Over the years, the Hilgefords’ connection to Dayton Children’s has deepened, extending far beyond Alex’s care. Mindy has worked at the hospital as an employee since Alex was a baby—first as a medical assistant, and now as a surgical nurse. Drew, who owns two Dairy Queen franchises in Dayton, has supported the hospital’s fundraising efforts for many years through his work. This has involved everything from handing out free Blizzards during telethons to selling Dilly Bars at the hospital and donating all the profits to Dayton Children’s. Many times Alex and his two siblings join in the fun.

“Our kids take pride in Dayton Children’s, just as I do in working there and as Drew does through his work with Dairy Queen,” Mindy says. “We are acutely aware of the children who depend on the hospital for care, and appreciate all that Dayton Children’s has done for us.“